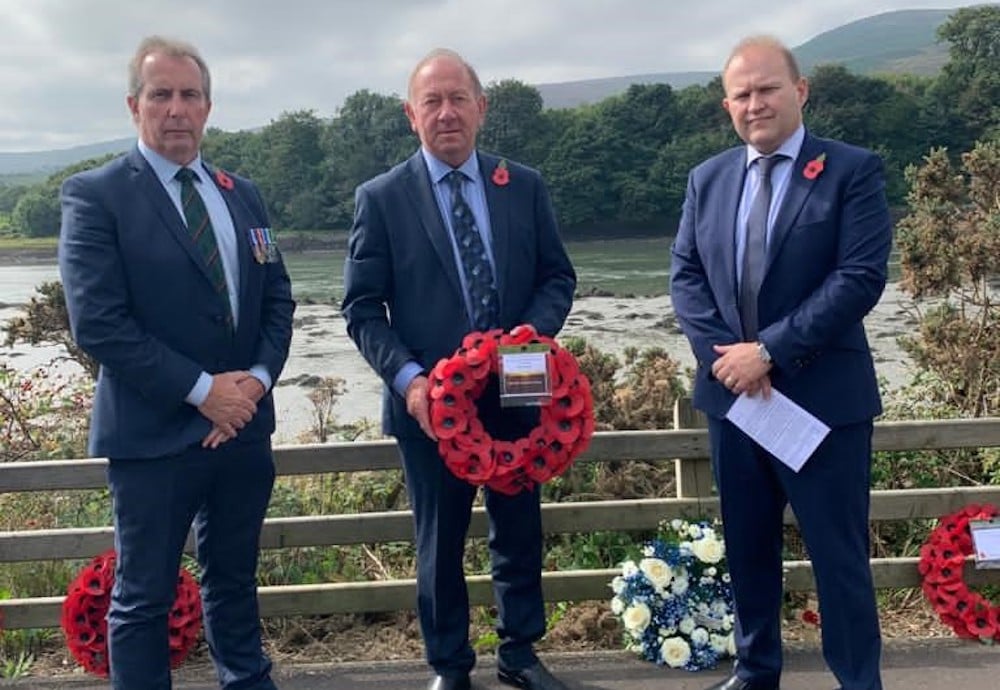 “This was a very solemn act of remembrance organised by FAIR on behalf of the families of the brave British soldiers who were so cruelly cut down by the IRA as a result of two concealed bombs deliberately planted and planned to cause as much devastation as possible,” Mr Irwin commented.

“The memory of the soldiers who were murdered on that day live on and the terrorist incident itself was one of the darkest and worst IRA atrocities of the troubles.

“My thoughts and sympathies continue to be with the grieving families of the soldiers who died and of course, despite the passage of time, that loss and grief remains.”

He added: “On that same day the IRA also carried out the attack on Lord Mountbatten, which was an equally hideous murderous act.

“The impact of the troubles and the atrocities carried out by the IRA affected so many lives and this special memorial service is important in ensuring that the memory of those so cruelly cut down are not forgotten or airbrushed from history by those who would seek to sanitise the murderous exploits of the IRA. We will remember them.”