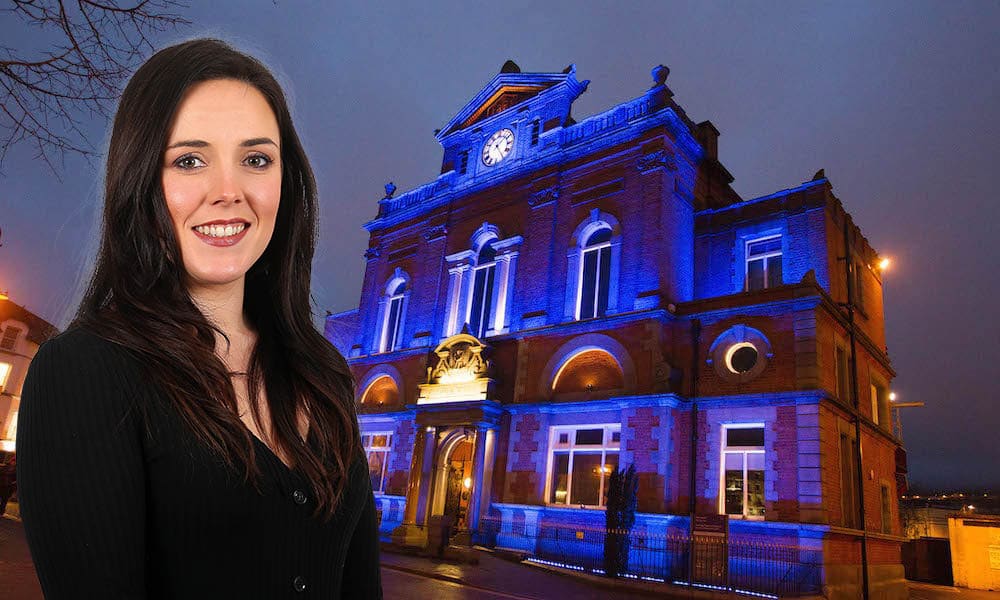 Sinn Fein councillor Cathy Mason has been installed as the new first citizen of Newry Mourne and Down District Council.

The Slieve Croob representative takes over at the helm after the local authority held its annual meeting on Tuesday, June 1.

Ms Mason, 32, who was elected to Newry, Mourne and Down Council in 2019, has also been chosen by Sinn Fein as one of its two candidates to contest next May’s scheduled Assembly election.

The incoming Chairperson for the council was chosen after current South Down MLA Emma Rogan was deselected last month.

Ms Rogan, whose name was also put forward for the Assembly poll, was co-opted to replace former MLA Chris Hazzard when he toppled the SDLP’s Margaret Ritchie in the 2017 Westminster election.

She added: “I want to start by thanking the outgoing Chair and Vice-Chair. As everybody has alluded this evening, it has been an extremely difficult year for our district and you both have dispatched your responsibilities with professional and real humanity.

“It’s an absolute honour and privilege to be chosen to lead the council in this difficult period and as your chairperson, I look forward to working with all councillors, council officers and many community organisations and agencies as we continue to build back from Covid-19.

“There is no doubt that this has been a tough year for all and this year will be about Covid recovery, investing in our local economy and protecting and attracting jobs.

“The people of this district need hope, a council that can deliver for them and they need a district that they can be proud of. All councillors, political parties and council officers need to push themselves this year ahead.

“This year we must strive to do whatever it takes to deliver solutions for the people of [Newry, Mourne and Down] district.”