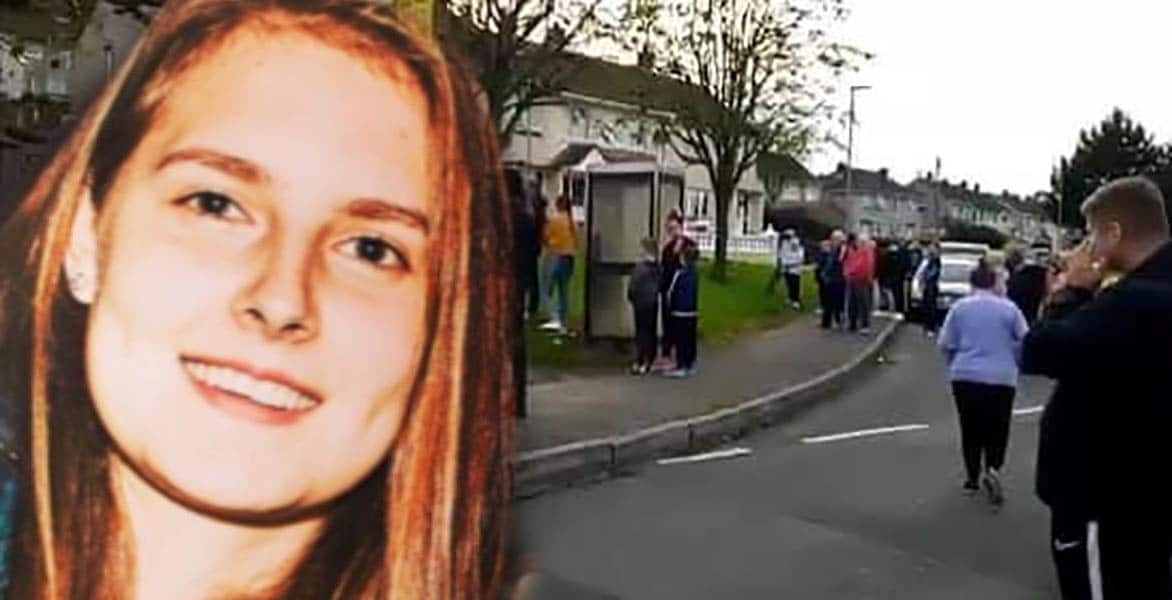 A Newry community came together on Monday night to remember 20-year-old Patrycja Wyrebek.

Ms Wyrebek was murdered in her home in Drumalane Park on Sunday morning.

A 23-year-old man was arrested a short time after the discovery around 8.30am and remains in police custody.

Speaking afterwards, he said: “As a community we stood together tonight to remember the young woman 20-year-old Patrycja Wyrebek who tragically has lost her life.

“It was a poignant and reflective event and I commend the local community and all those involved in organising it.

“I again offer my sincerest sympathies to the family and friends of this young woman.”

Residents also came out and paid respects on Monday afternoon as Ms Wyrebek remains were removed from the property.

A GoFundMe page was also set up by the friends of Ms Wyrebek with the page, set up to help her family fly from Poland, surpassing the £2,000 within hours.

Thanking those who donated, the organiser wrote: “Unbelievably we have reached the target of £2,000 in such a short time. I don’t know what to say, we want to thank everyone who has trusted us with this money.

“We will keep the fund open for as long as needed. Every penny from this fund will now not only go towards paying for the cost of flights, but also all other expenses that will fall on the family during this time. Thank you so much, all of you.”