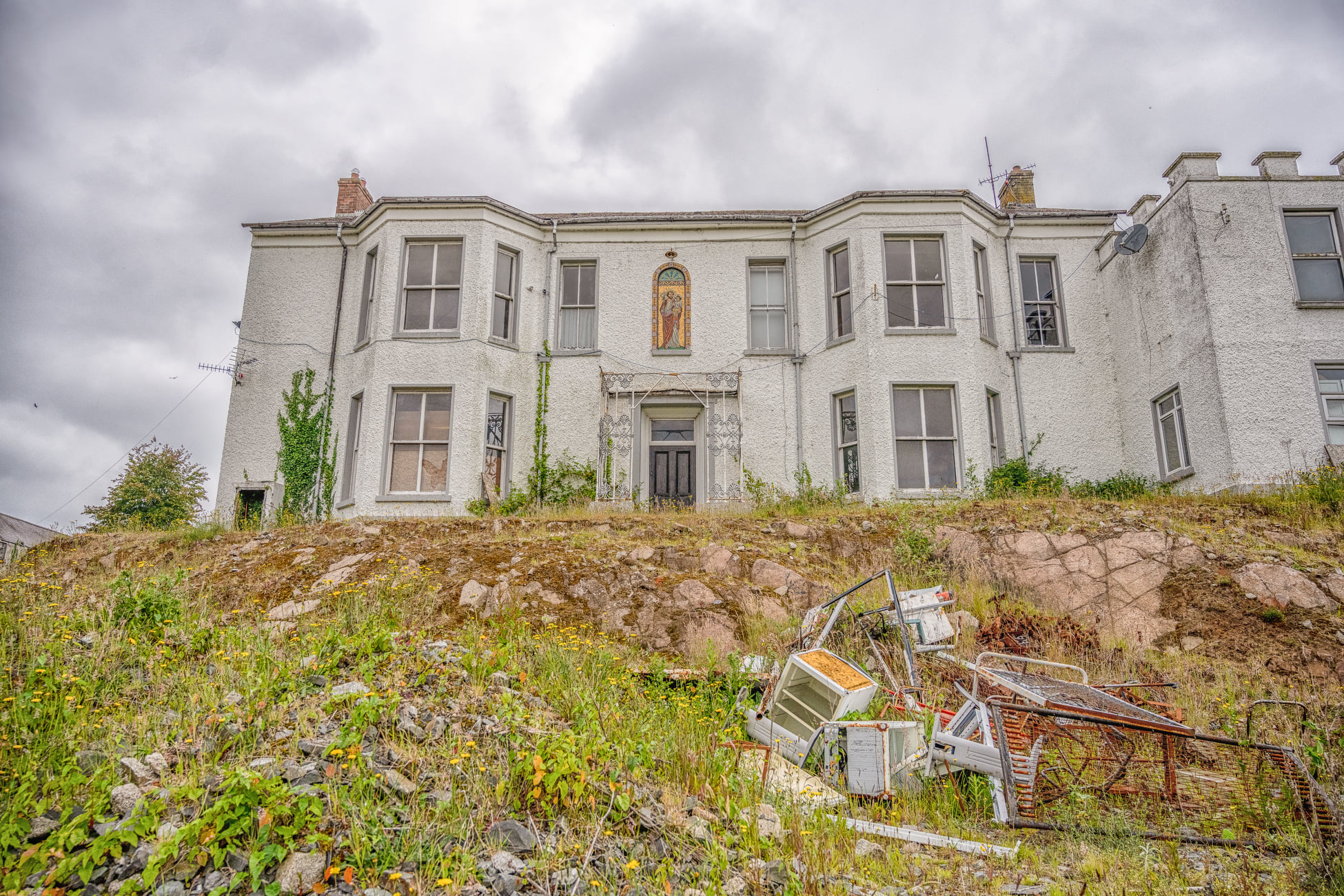 ‘The Missing Children’ is a documentary about one of the darkest and most shameful episodes in Ireland’s history.

It’s the story of the Tuam mother-and-baby home and much of the tragedy is that the horrific discovery of a hidden burial site in a septic tank on the grounds of the home over seven years ago has still not been properly investigated.

The bodies are yet to be exhumed.

Sean Donegan’s work features heavily in the documentary. The Newry man’s photographs and videos often depict derelict buildings dotted around the Irish landscape and some of his most powerful images are of mother-and-baby homes in Castlepollard, Tuam and Marianvale on the Armagh Road (main image).

The Tuam home closed in 1961 leaving behind the remains of who knows how many babies.

The documentary explains how in the 1970’s human remains were found by some young boys playing in the grounds and the local priest was informed. Nothing was done.

The Bon Secours order, who owned and ran the home recorded death records for 796 babies in their care.
There were no burial records.

Catherine Corless, a local historian, investigated further and broke the story in 2014. Nothing was done.

A year later when the story gained international attention an investigation of Tuam and 17 other mother-and-baby homes began.

More than 9,000 children died in these homes. Without burial records it’s unknown how many of that number were illegally adopted and sent to the UK and America.

The Bon Secours, which today oversees a multibillion-pound empire of private hospitals, refuse to foot the 13 million euro bill for a full excavation of the site.

For this week’s podcast Sean relates the tragic horrendous suffering the women and children endured in these homes and the fallout for generations to come.

In 2020 the Irish government signed a bill to sealed the records of mother-and-baby homes for 30 years.

In 2021 with the publication of the report of the Commission of Investigation into Mother and Baby Homes the Irish government offered an apology to the victims, with Taoiseach Micheal Martin assertion that ‘society was to blame’ for the abuse, leaving an open wound for all of those deeply scarred and without answers or justice.