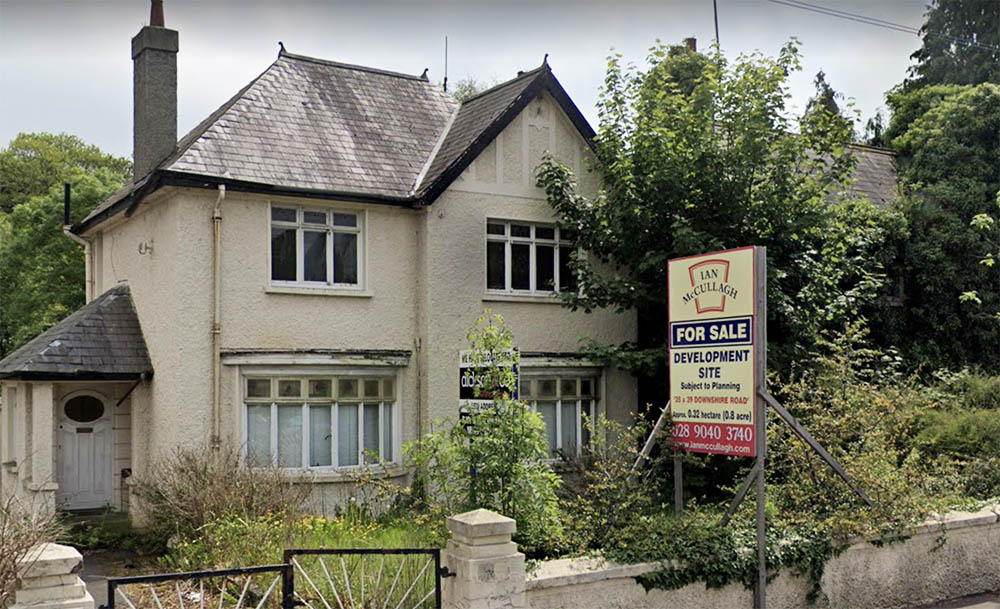 Two derelict properties in Newry could be demolished to make way for a substantial development of apartments.

The properties in question – at 35 and 39 Downshire Road – are prominent buildings and are located opposite the Tesco store.

For many years they had been used as office accommodation.

But now a planning application has now been brought forward which could see the two detached properties – described in papers as “derelict” – being razed to the ground.

And in their place would emerge a major residential development.

It would comprise of a total of 28 two-bedroom apartments and be built in three blocks. There would be 28 parking spaces.

There would also be bin storage spaces and “external amenity areas”.

In addition to the apartments, a terrace of five three-bedroom homes would also be constructed, again with parking.

The application has been submitted in the name of the Keady-based Farlstone Construction Ltd.

When the two units were previously advertised for sale, the agent had pointed to their “excellent prominent position”, adding that they were “fronting one of the main access roads into and out of Newry”.

The site was described as having “great potential for either commercial (office) or residential development”.

The developer’s hope is to see the latter realised.

The proposals – which will be advertised next week – are now with Newry, Mourne and Down District Council for consideration, with a recommendation to be brought back in due course to planning committee for a decision to be made