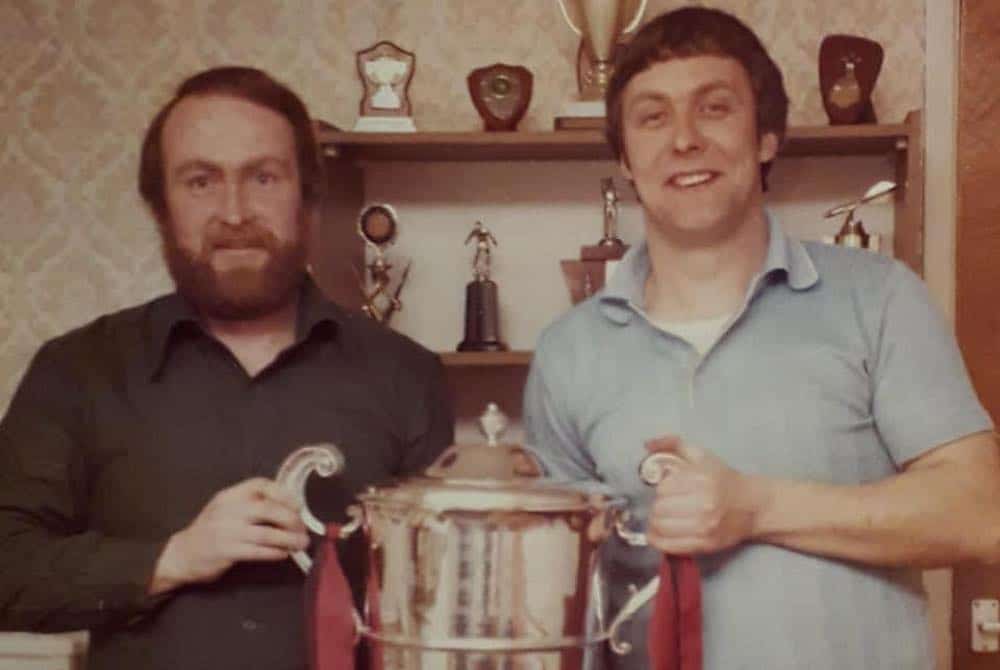 Glowing tributes have been paid to a man described as ‘one of the best goalkeepers to ever come from Newry‘.

Sinn Fein MLA Liz Kimmins led tributes to Martin, who was best friend and right hand man to party colleague, Councillor Charlie Casey, who said he was “absolutely gutted” to lose his “lifelong friend and comrade”.

Ms Kimmins said it was as a sad day, and indeed a sad week.

“By all accounts, Martin had a larger than life personality, always lighting up any room with a bit of craic and was never short of jokes,” she said.

“Martin was one of the best goalkeepers to ever come from Newry Town. He was the goalkeeper of the Down team who won the Ulster Championship in 1978 and went on to the semi final of the All-Ireland in the same year.

“In soccer, he won three Mid Ulster Shields, two with Newry Shamrocks and one with The Guys.

“Martin was always someone you could go to for a hand and helped the next generation of youth flourish managing youth football teams for many years and dedicating his time to giving back to his local community.”

Billy worked for the council for many years and lovingly cared for his mother Kathleen ‘Lena’ McCabe.

Continuing her tributes, Ms Kimmins, said: “Billy had a quiet nature about him yet was straight talking – he always had stories to tell.

“In addition to this, both Billy and Martin were two lifelong republicans who played their part in our most recent struggle.

“Two men who stood up for Newry and Ireland when their communities needed them most.

“Without doubt a sad week for Greater Linenhall, Mourneview and Newry City. “On Behalf of Newry Sinn Féin, I offer my sincere condolences to Martin’s wife Ann, their children and grandchildren whom Martin just adored.

“I also would like to offer my condolences to their sister, Teresa Cinnamond (née McCabe) of Derrybeg who is the last surviving member of the McCabe Family. Ar dheis Dé go raibh a n-anamacha.”

Martin, who passed away peacefully at Daisy Hill Hospital, was the dearly beloved husband of Ann and cherished father of Colm, Anthony, Joanne, Susan, Connor, Martin and Christopher.

Martin’s funeral cortège will pass through Plunkett Street, Cochrane Road, the entrance of Davis Street and through Mourneview Park on Thursday at 10.15am on route to SS Patrick & Colman’s Cathedral for 10.30am Requiem Mass. Burial afterwards in Monkshill Cemetery.

Those who wish to pay their respects to Martin are welcomed to do so whilst adhering to social distancing.

Billy’s funeral cortège will pass through Mourneview Park on Wednesday at 10.15am on route to SS Patrick & Colman’s Cathedral for 10.30am Requiem Mass. Burial afterwards in Monkshill Cemetery. Those who wish to pay their respects to Billy are welcomed to do so whilst adhering to social distancing.