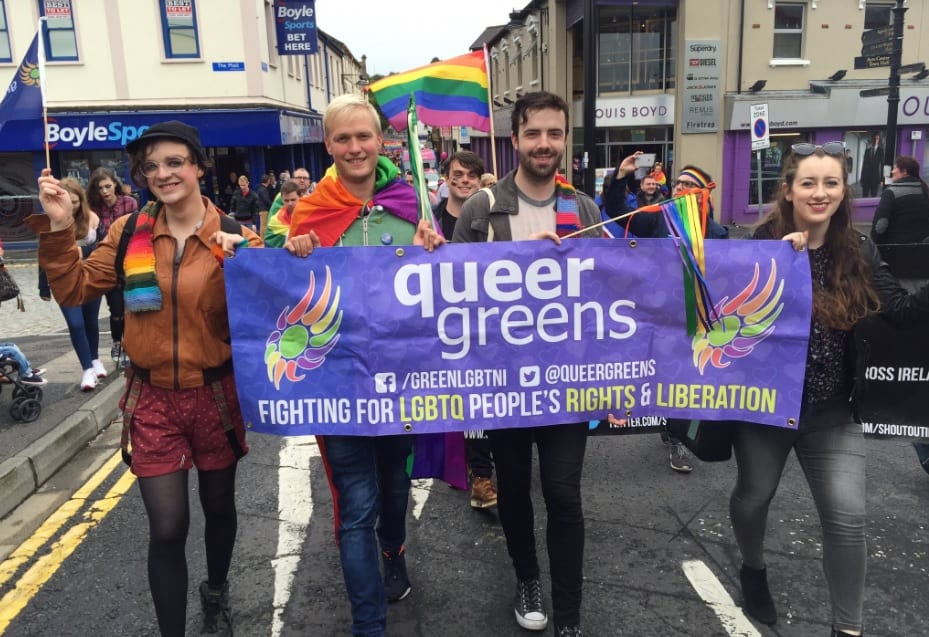 Junior Minister Megan Fearon was among thousands of people today celebrating diversity at the Newry Pride Parade and Festival.

Junior Minister Fearon said: “I’m honoured to be part of today’s celebrations in Newry. Events like these are extremely important in promoting equality and inclusion of the LGBT community in our society. Diversity should not just be respected, it should be celebrated, and I commend the festival team in bringing this wonderful event to Newry for the fifth year.

“This is not just an event for lesbian, gay, bi-sexual and transgender people. It’s an event for the entire community regardless of sexual orientation. We want a shared society that respects diversity. We must create and foster a community which promotes mutual respect and understanding; a community which celebrates and gains strength from its diversity. We must tackle the barriers that arise for people as a result of aspects of their identity, including sexual orientation and gender.”

The Minister added: “The festival encourages us to be proud of who we are and have pride in where we’re from. To me that sums up the feeling of everyone participating today; amongst all the colour and energy, there is a real sense of pride in ourselves, in our differences and in the city.”

The boys with one of the acts backstage at Newry Pride today (03/09/16) Via Paula Kay on Facebook {@JJHamblett} pic.twitter.com/iP6BG56xKK

We had a bus in Belfast. Now we’ve gone leather for Newry Pride @SDLPlive @SDLPlgbt pic.twitter.com/tdfQ017E4C