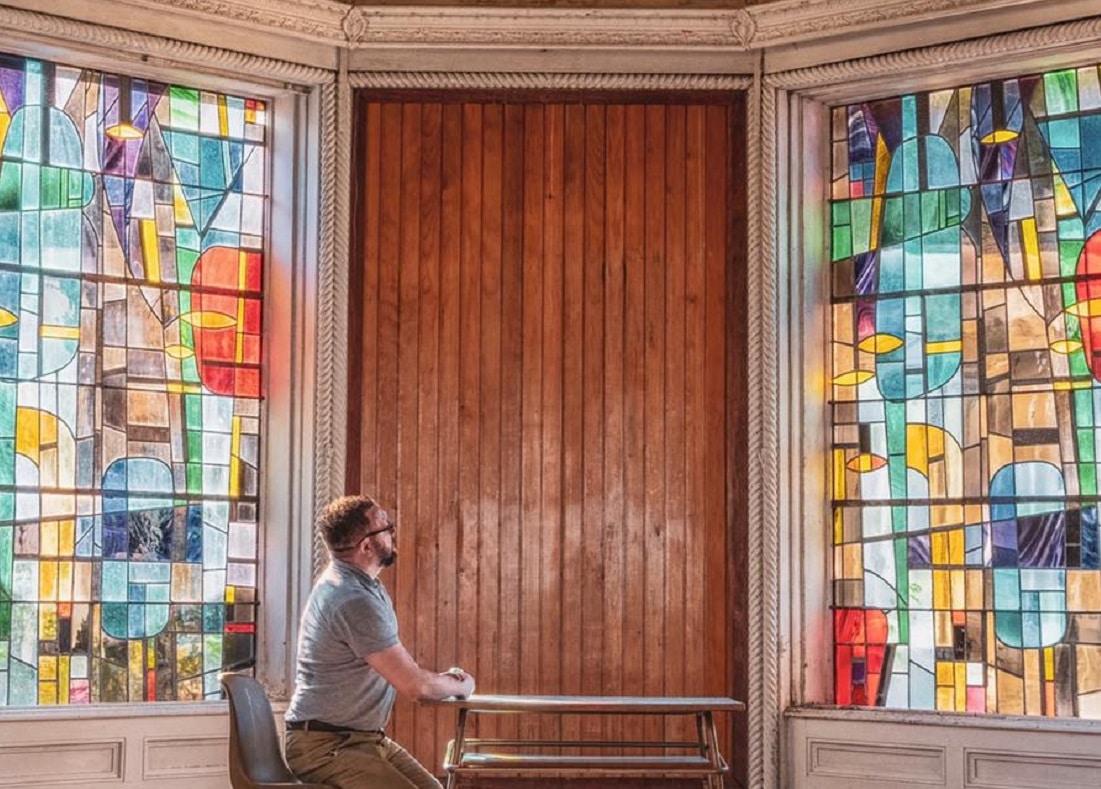 Newry’s very own man lost has been travelling to far flung locations throughout the island and beyond snapping photographs of old buildings to preserve and document their history.

The Newry Man Lost Facebook was set up by local fashions and commercial photographer Sean Donegan eight years ago and now has a large group of dedicated followers.

Speaking with Armagh I, Sean confessed: “I called myself ‘Newry Man Lost’ at the start because me and the wife couldn’t think what to name it, then she said to me ‘you are from Newry and you get lost in your own back garden!'”

A photographer by trade, Sean has also been involved in history tours of Newry for 10 years but back in 2012 he decided to combine the two.

He said: “The goal really is to try to preserve the history of the buildings before they are knocked down or redeveloped or before the vandals get in.

“I love to preserve the history of Newry and promote it because people, which is the same all over the county, don’t know half the history about the place in which they live.” According to Sean the page started to really take off in the last 18 months, and he is now receiving messages from people all over regarding possible locations.

He said: “About 10% comes from people contacting us, but we are doing our research. You just don’t know what’s around you. There are places like this hidden all over the country from schools to convents to hospitals to asylums.

“They are not really publicised, because nobody wants to publicise an asylum, but whether the history is good or bad I want to tell the story. “Not the Quiet Man, John Wayne, Ireland from the roadside version, I just like to tell it how it is and that doesn’t always go down well.”

But it is not just locations on home soil which Sean has had the pleasure of photographing, as he has jetted throughout the world to catch images of amazing sites.

Recalling one such journey, he said: “I went to go to an abandoned car graveyard in Sweden. It was left undiscovered for about 20 years and I just happened to see some photographs on the New York Times.”

With this Sean, along with his travel partner Cathal Henry, booked on a flight just two days later.

Explained Sean: “We went into the wilderness to find this place and nobody would give us directions. Anyway, in the digs we were staying we spoke with some ladies who gave us a general idea.

“They told us to follow the road on the right and that if we thought we had gone too far, we hadn’t gone far enough.”

After two hours of driving Sean confessed that fear for the rental car almost made them turn around.

He said: “The road started to get narrower and narrower, the road markings disappeared, but we gave it another hour and a half, when we saw this flash of red, so we got out and it was an old Dodge pickup truck. “I thought it couldn’t be far, sure enough it opened up to all of these car and lanes leading to others. It was so massive it is hard to explain, there would be 100 square metres of VW Beetles, then another lane leading to a load of Mercedes and Chevrolets.”

Sean and Cathal had booked to travel to America this year but the Covid pandemic has put all plans on the back burner for a while.

Trawling through the Facebook page, one unusual feature is that Sean does not name any of the locations at which he has shot.

Explaining his thinking he confided: “The locations aren’t named to preserve them and stop them from being vandalised. Normally the first post on every picture is ‘where is this?’ “But if it were named the vandals would be in, the first thing to go would be the glass, then the slate and within 18 months the place would be caved in.

“Some people will know where they are, that is fine, as many will have a connection to this place but I must say that all the history which is given is correct.”