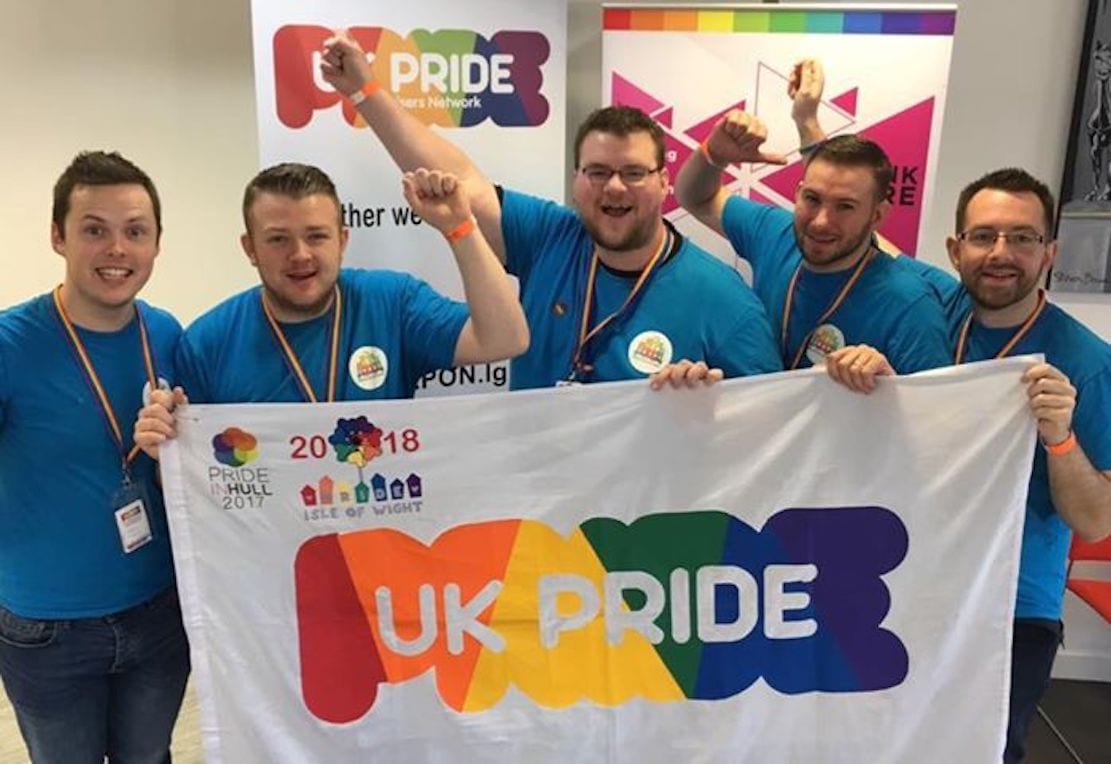 Newry has been handpicked as the first city, either north or south of the border, to host the UK and Ireland Pride festival and parade.

The announcement was made this week in Glasgow at the annual UK Pride Organisers Network conference.

The European Pride Organisers Association (EPOA) also announced that the city would host the next conference in March next year, which will coincide with the weekend that the UK officially leaves the European Union.

Each year, a different local Pride event is selected by the network to host UK Pride. And 2019 will see the turn of Newry.

This year saw the Isle of Wight take centre stage as they hosted Pride in July, where more than 15,000 people, lined the streets.

In their bid document, Pride in Newry stated they were “perfectly placed” to host the event, given their close proximity to the border.

It added: “Visitors have been flocking to this vibrant city for many years to enjoy its location, history, shopping, restaurant scene and nightlife.

“Often referred to as ‘Gateway to the North’, Newry lies three miles from the Irish border, it sits snugly amidst the natural splendour of the Mourne Mountains and the Ring of Gullion.”

Pride in Newry also spoke of the inequality within this country commenting Northern Ireland is “not a rights-based society” and said they are “deprived of a government willing to implement legislation”.

Rory Rafferty, Newry Pride Chairperson, speaking to Armagh I, said: “In the immediate wake of the Supreme Court ruling on the gay cake case and indeed the failure of the latest private members bill on same sex marriage in Westminster on Friday, this status will reinvigorate a downtrodden but resolute community.”

He added: “It is a good news story in a climate of uncertainty, setback and inequality.

“We are proud of Newry and are delighted to be the first on the Island of Ireland to be awarded such a coveted accolade.”

We're happy to report that @prideinnewry has been successful in our bid to host UK and Ireland Pride in 2019! We're planning a spectacular festival and you're all invited to join us in Newry! #prideinnewry pic.twitter.com/fkPgfu7AtJ

“This is fantastic news for Newry and in particular for the Newry Rainbow Community,” said Mr McNulty.

“The entire team behind this bid must be congratulated. The group organise many events throughout the year and I know they will put the same determination into making this event a success.

“Pride and the ethos behind the movement is about equality, respect and tolerance. I can think of no better place than Newry to host these prestigious awards.

“We now need to see the statutory agencies row in behind this successful bid and help promote this region and indeed the work Newry Rainbow Community do in this area.”

Councillor Byrne added: “This is fantastic news for the Newry Rainbow Community who have worked tirelessly to ensure a successful bid to host the UK and Ireland Pride 2019.

“I have had the privilege of working with and getting to know many members of the NRC committee over the last three years and their commitment to fostering a place which allows for visibility and inclusion for LGBT people is relentless.

“We cannot thank them enough for their efforts in delivering a message of hope and acceptance in our communities.

“Our attention must now move to delivering an extraordinary Pride In Newry festival in 2019.

“Council must make sure that the NRC committee has the resources that it needs to pull of an event which will be talked about for years to come.

“Newry has been given an opportunity to showcase itself and we must do all we can to support the NRC in its preparation for its festival next year.

“In addition to the UK and Ireland Pride, the European Pride Organisers Association have announced that they will be hosting their conference in Newry next March.

“This is a fantastic opportunity for Newry and this region to showcase our area and it will be a fantastic year for Newry.”

Sinn Féin equality spokesperson MLA Megan Fearon, said: “I would like to congratulate Pride in Newry for winning this bid, it is a huge achievement and will be a boost for the area.

“It is also a reward for all their hard work and determination in the fight for LGBTQ+ rights in the north.

“In recent years we have seen large numbers on the streets of Newry in a display of unity and determination to end the disgraceful denial of rights, including marriage equality, by the DUP and facilitated by the British government in the north.

“Sinn Féin will continue to fight for equality for all our citizens so they can enjoy rights which are afforded to citizens elsewhere on these islands.”