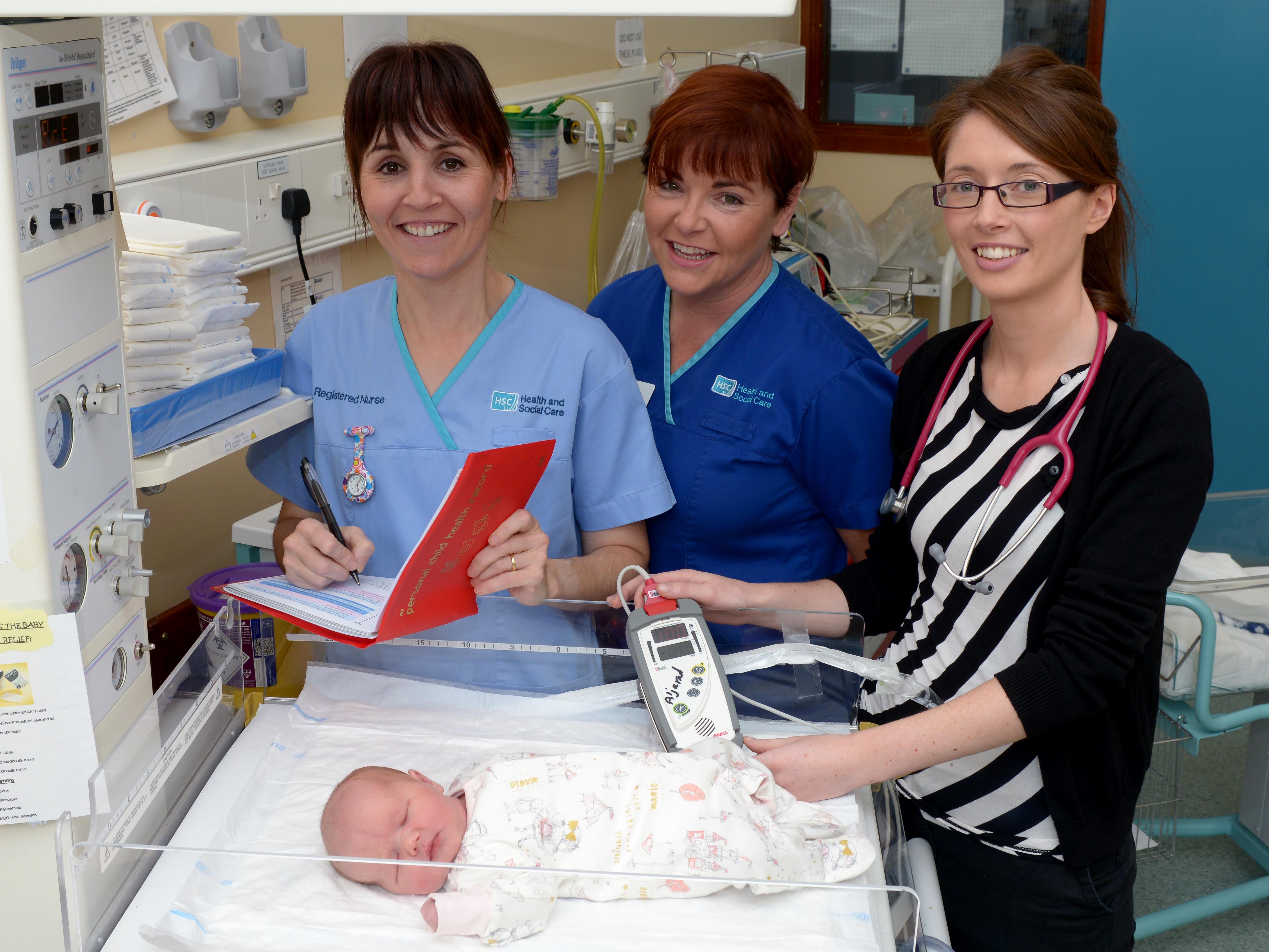 A new heart screening test for babies is being pioneered at Daisy Hill.

The Newry hospital is the first in Northern Ireland to trial this test and, in doing so, the paediatric team have worked closely with their maternity colleagues.

They have introduced a routine oxygen saturation test for all new babies before they are discharged home. As  Dr Bassam Aljarad, Consultant Paediatrician, who has introduced the new screening programme, explains: “Congenital heart disease (CHD) is a general term for a range of birth defects that affect the normal workings of the heart.

“It is one of the most common types of birth defect, affecting up to nine in every 1,000 babies born in the UK.

“Nearly 50% of babies born with a CHD appear healthy at first without any noticeable symptoms and may be discharged, for their health to deteriorate months or sometimes a few years later.

“A more timely detection will help us to identify more babies with cyanotic CHD at a much earlier stage, ensuring that we can keep them monitored and give them the treatment they need to prevent greater health  consequences, disability or in the worse cases premature death.

Irwyn McKibbin, Chairman of Heartbeat NI, which has funded the screening equipment, says: “I am absolutely delighted that the Paediatric Team at Daisy Hill are showing the initiative to introduce this pilot study. Already undertaken by many hospitals across England and mandatory in many states across the USA, we at Heartbeat NI have been advocating for this screening across Northern Ireland for a number of years.

“This very simple and uninvasive test which takes just a matter of minutes can detect up to 76% of heart defects.

“This can have a crucial impact on the health and wellbeing of a child with a congenital heart condition, as well as relieving the stress of parents who in many cases can take as they believe to be a normal healthy child home from hospital, only to find at a later date a deterioration in their health and in the worst cases may require emergency surgery.”

With around 1,850 births each year, the team at Daisy Hill would expect to detect about 1-2 cases of CHD on an annual basis. They plan to run the screening as a pilot for a year before making recommendations on whether it should be extended.

Picture: Dr Helen Cole, Paediatric SHO in Daisy Hill Hospital, Sister Paula Boyle and Staff Midwife Elaine Fitzpatrick, with baby Cerys Hastings, who was one of the first babies to have a newborn pulse oximetry test to screen for Congenital Heart Disease at Daisy Hill Hospital.