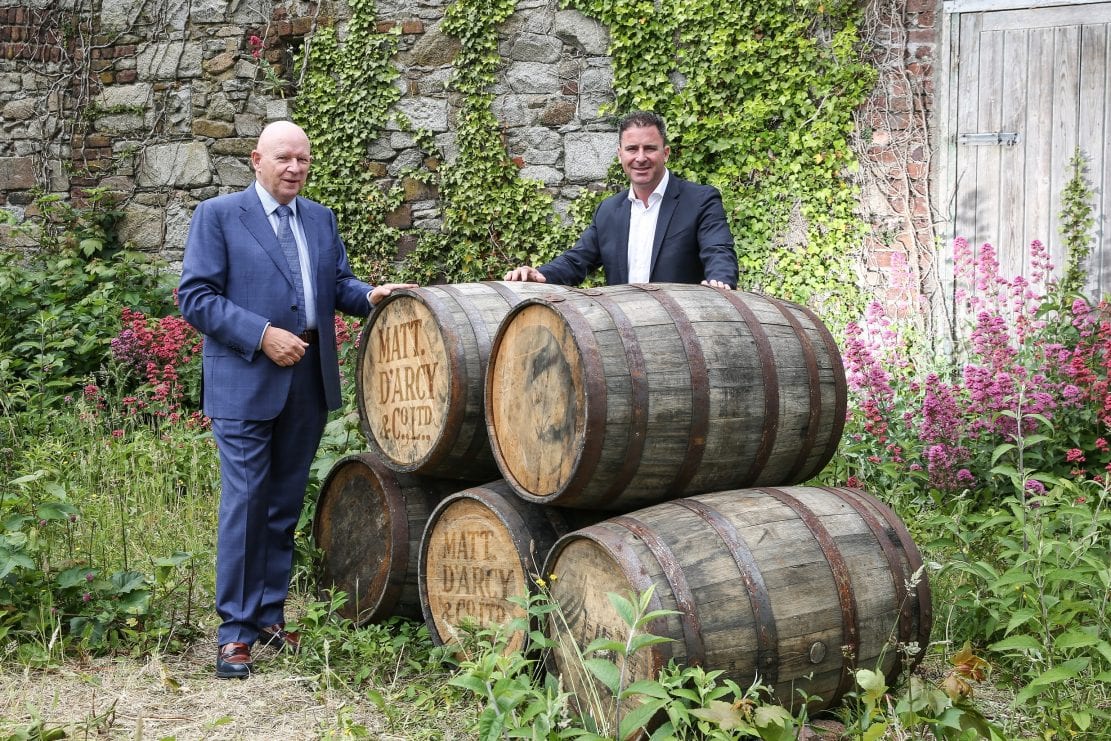 A new £7.3 million whiskey distillery, bar, restaurant and visitor centre will be opened at Monaghan Street in Newry – creating around 50 new jobs!

The green light to proceed was given by Newry, Mourne and Down District Council at its latest planning committee.

Backed by well-known Newry businessman and entrepreneur, Michael McKeown, the historical location will see the revival of the Matt D’Arcy & Company business on the site which goes back as far as 1817.

Not only will there be a fully restored Victorian bar, restaurant and international visitors centre, the site will be returned to its former use as a fully functioning whiskey distillery producing single malt for the premium market on the international stage.

The size of the entire project site is expected to be around 14,000 square feet over several floors with the £7.3 million investment spread over three years.

Around 50 hospitality jobs are set to be created alongside a Master Distiller and staff with cooperage skills to oversee the future maturation process of the whiskey that will be distilled at the Monaghan street site.

The restoration and building of the new distillery and facilities are expected to take around 18 months and, when completed, will bring forward a thriving international tourist attraction focusing on the US, Chinese, European and Australasian markets.

Andrew Cowan, is the Chief Executive of Matt D’Arcy & Company, who has over 20 years of international experience with a host of iconic Irish brands such as Jamesons and the delivery of Ireland’s largest tourism initiative, The Gathering 2013.

He said: “We are thrilled to have received such good news on the positive planning decision. This will now see us move to the next stage of the plans for Matt D’Arcy.

“This is a really special development which will create jobs, fill local hotels and bring many tourists to this key attraction on the eastern corridor of Ireland, perfectly positioned between Belfast and Dublin.

“We have already received a significant amount of interest in the plans to develop the Irish whiskey tourism offering on this part of the island which we believe will be very successful.

“The Irish whiskey market is hugely successful and growing at a significant rate. Last year the market produced a modest nine million cases with the 2020 target of 12 million cases looking like it will be exceeded.

“Our ambition is to create a world class tourist offering through the restoration of the 200 year old site famous for whiskey distillation. Our ultimate aim is to produce around 9000 cases per year of single malt and to retain stocks for at least 10 years aimed at the premium market.

“For some years now, we have been maturing our own whiskey off site and will release a premium matured merchant Irish Whiskey in early 2019 prior to distilling at the Monaghan Street location on completion of the construction phase.

“Very soon we will be creating roles for a specialist Whiskey distiller, maturation experts and are also at the developmental stages to bring forward the first recognised cooperage course to train young apprentices and rekindle a dying art.”

Michael McKeown, owner and investor of Matthew D’Arcy & Company added: “We took our time in bringing forward the plans to make sure that we got the proposal for the restoration of such a key site in Newry just right. The development of this location into a flagship international tourist attraction has been a passion of mine for some time and is an exciting investment.

“I’m thrilled that we are now moving forward with enthusiasm and that the benefits of this great asset will be felt by the business and hospitality sectors locally and nationally.”

“I must commend Michael and the Matt D’Arcy Company  on their commitment to Newry and this project,” he said.

“He has worked diligently with all, including elected representatives, to bring his vision of creating this project at the old Matt D’Arcy Whiskey Distillers to life.”