PIPS Hope and Support helps anyone with suicidal thoughts, high levels of anxiety, poor mental health or those bereaved by suicide 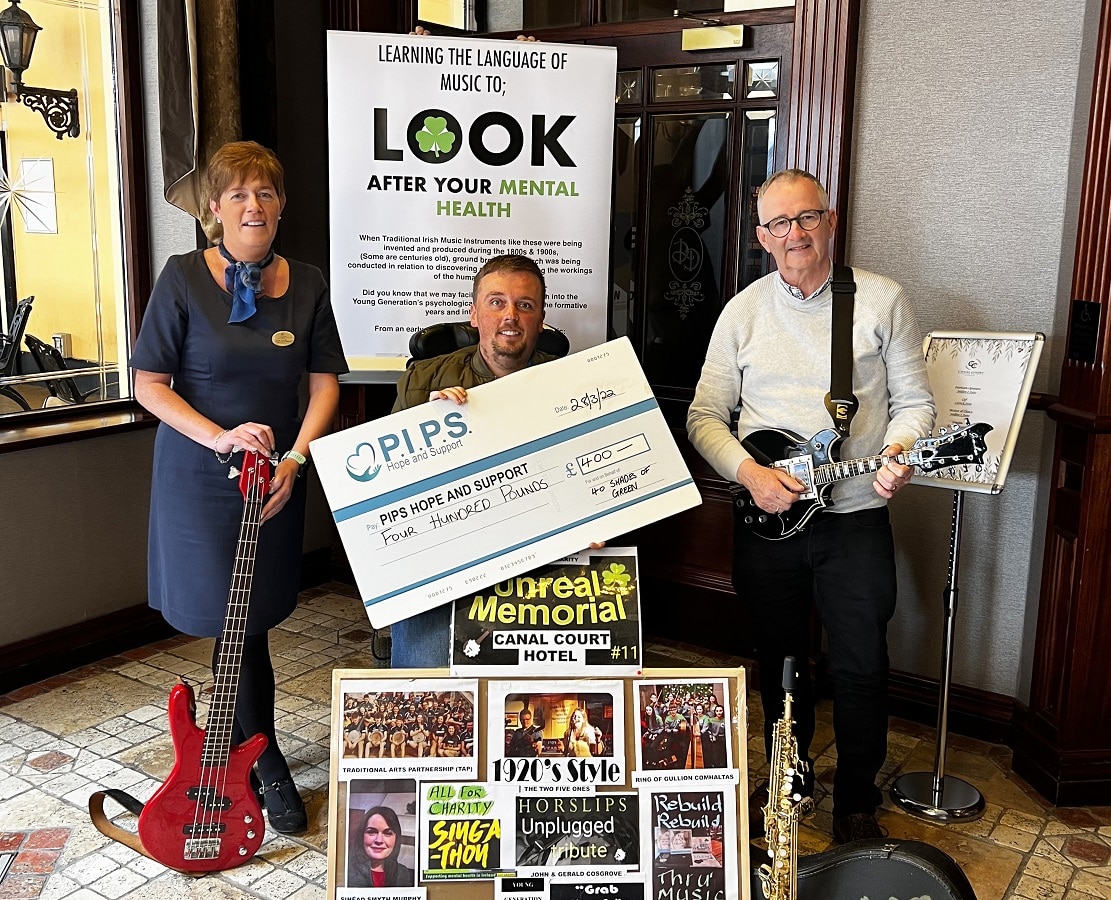 Presenting the cheque to PIPS Hope and Support

A concert to raise awareness of the benefits of music to mental health has raised £400 for suicide prevention charity PIPS Hope and Support.

It was held in March at the Canal Court Hotel, with the aim of raising awareness of mental health and to encourage individuals to use music to support their own mental health.

In total, £400 was raised by ticket sales and a raffle to support the services delivered by Newry-based charity PIPS.

Following the event, John Cosgrove from The Ghost of Horslips and Louise Young from the Canal Court presented the proceeds to Padraig Harte of PIPS.

He said: “Our sincere thanks to the musicians, songwriters and musicians for their time and talents, to the sponsors for their continued support and to anyone who helped in any way to make this event the success that it was.

“Everyone’s support throughout is appreciated by all of us here at PIPS and will help us in providing our immediate therapy to anyone with suicidal thoughts, high levels of anxiety, poor mental health or bereaved by suicide.”

The musicians, singers and songwriters have also collaborated to produce an original wellbeing awareness raising song called ‘Coping with Fear’ and are looking for a Newry recording studio to sponsor one evening to record it (three hours’ recording time should be enough).

Anyone who can help is asked to email keepkeltic@gmail.com.