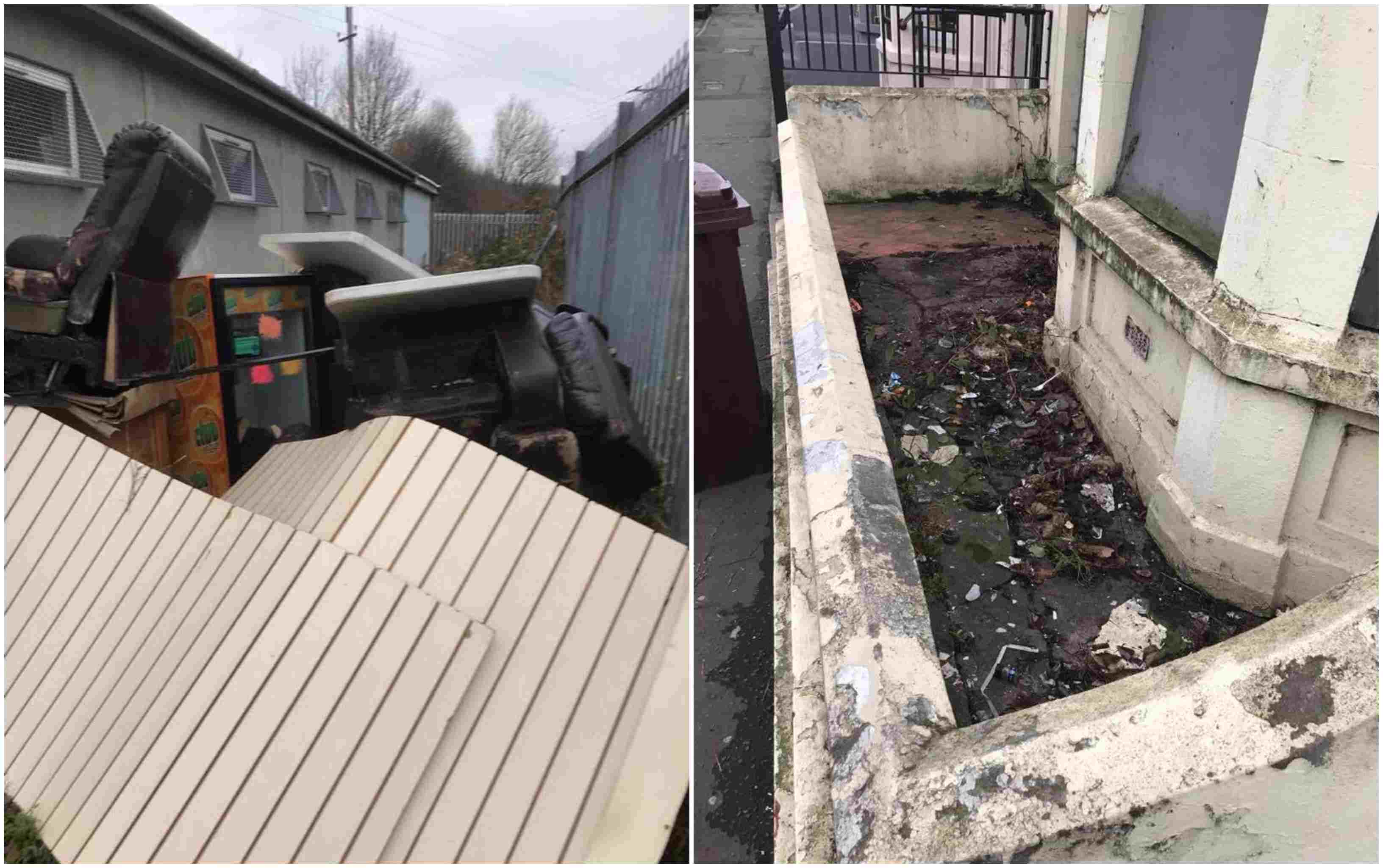 Fly-tipping across Newry city is getting “out of control”, it has been claimed.

SDLP councillor Michael Savage has called for a clampdown on those responsible.

Council staff were forced to come in and clear two major areas of fly-tipping in the city this week.

“It is time that the people who are dumping their rubbish at will across the city are held to account and I will be pushing for enforcement where fly-tippers can be identified,” slammed Mr Savage.

“In recent weeks I have had concerned residents in two areas of the city contact me to complain about rubbish and major household items being dumped without any consideration for the local community.

“Members of Derrybeg Boxing Club contacted me after they discovered a ‘mini dump’ had been created inside the perimeter fence of their premises with major items such as sofas, fridges and other commercial waste items left behind by tippers.

“I requested Council staff go out to clear the area and they had to bring in a heavy lorry to take the rubbish away such was the size and scale of the items left behind. Whoever did this has no regard for the people of the local community who live there or the members of the club who are trying to give something back to the young people of the area.”

Councillor Savage was also contacted about flytipping in the Baggot Street/Sandys Street area of the city.

He added: “The front garden of an empty boarded up premises on Sandy Street was full to the brim behind the garden wall and was starting to attract vermin. It appeared to be household waste that was being dumped at will. This is a main entry point to our city from South Down and this eyesore was what greeted people coming to our city.

“Council staff went out and cleared the area and I have asked that the area be monitored on an ongoing basis to ensure the flytippers are caught and held accountable.

“I would like to pay tribute to Roland Moore and the cleansing team at the Council for their swift response in dealing with these issues and I would appeal to those responsible to stop this now and warn them that if they are caught they will face legal action from the Council.”