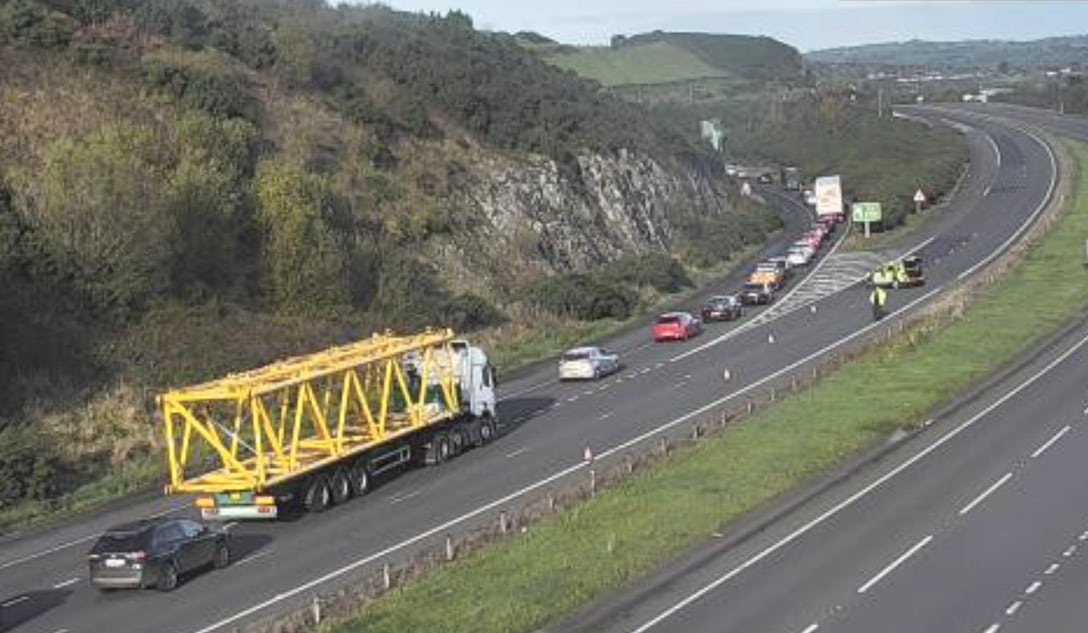 A man has died following a two vehicle collision on the A1 near Newry this morning (Friday).

It is understood the collision involved a car and a tractor shortly before 9am.

Sergeant Harrison said: “Shortly after 8:40am on Friday 4th November, it was reported that a tractor and a grey SAAB 93 car were involved in the incident. Sadly, the man died at the scene.

“The Northbound lane has now reopened following the road traffic collision. Our enquiries are continuing and we would appeal to anyone who witnessed the incident, who may have dash-cam footage available or who saw the grey SAAB 93 travelling in the area at the time to contact police on 101, quoting reference number 392 04/11/22.”

A NI Ambulance spokesperson said: “The Northern Ireland Ambulance Service received a 999 call at 8.38am on Friday following reports of an RTC in the Bernish Road area of Newry.

“NIAS despatched an ambulance, one ambulance officer and the Charity Air Ambulance with HEMS on board to the incident.

“No one was taken from scene.”

Just over a fortnight ago 23-year-old Harrison Jameson from the Cavan area died in a single vehicle collision along the same stretch of road.