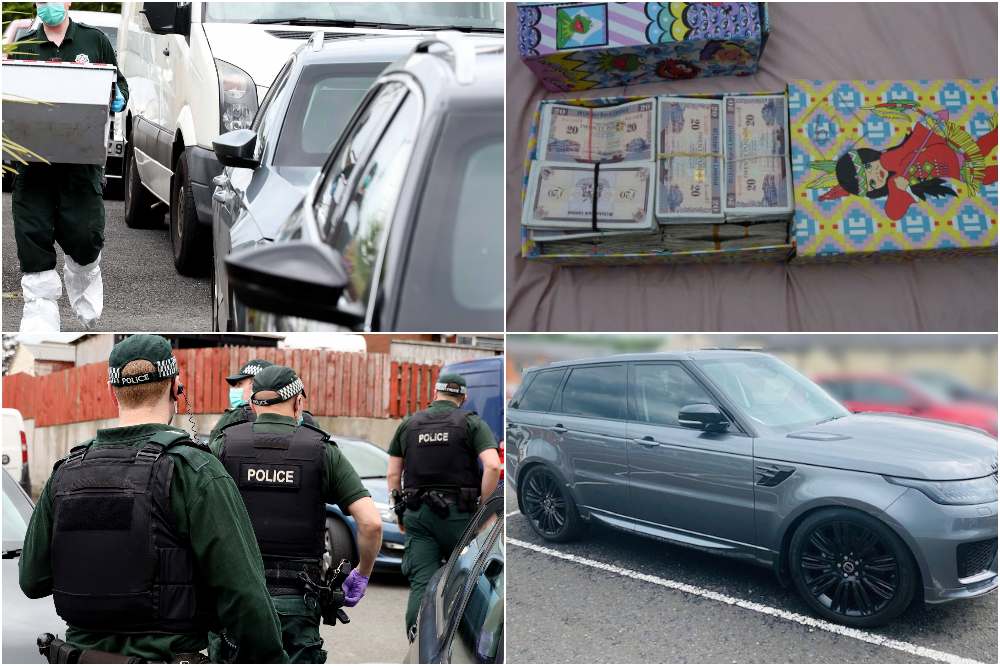 A man has been arrested in Newry as part of in what is the UK’s biggest law enforcement operation against serious and organised criminality.

The 64-year-old was arrested on Thursday morning as part of more than two dozen searches carried out by the PSNI.

In recent weeks, PSNI carried out 25 searches across Northern Ireland as part of the National Crime Agency-led operation, Operation Venetic, working in collaboration with several other law enforcement partners across Europe and internationally.

Detective Chief Superintendent Andrew Freeburn said Op Venetic is “one of the most significant investigations into serious and organised criminality conducted by our police service in collaboration with law enforcement partners across Europe and internationally”.

To date, PSNI searches here in Northern Ireland have resulted in the seizure of 15 ‘Encro’ phones and more than £360,000 in cash.

Detective Chief Superintendent Freeburn said: “I’m really proud to tell you about the role that the Police Service of Northern Ireland have played in this.

“We all know that serious and organised criminals pose a significant risk of harm to the people of Northern Ireland. They are responsible for bringing in drugs and firearms into our communities and deal in fear and exploitation which can bring misery to many.

“This has been the largest and most significant law enforcement operation ever mounted in the United Kingdom in the fight against organised crime groups. It has focused on attacking their use of encrypted communication called Encro devices on which individual members of crime groups co-ordinate their illegal activities. “The organised crime groups thought that by using encrypted technology they could fly below the radar of law enforcement, however this operation should send a clear message that the combined strength of PSNI working in partnership with our law enforcement partners that no-one is beyond the reach of the law.

“Over the past couple of months, Detectives from our Criminal Investigations Branch have worked tirelessly with our partners in the National Crime Agency and Her Majesty’s Revenue and Customs in reviewing this material and assessing what criminal offences have been committed.”

As well as the Encro phones and cash, suspected Class A and B drugs were seized, including 2.5kgs of suspected cannabis and cocaine.

Three high-value vehicles and numerous pieces of documentation, laptops, a number of items of jewellery and designer handbags were also seized. Significantly, PSNI has mitigated over 15 threats to life during the operation.

Detective Chief Superintendent Freeburn said: “We have secured evidence to prosecute a significant number of known criminals who thought they were beyond our reach.

“In Northern Ireland we have charged five people, four of whom have all been remanded in custody and one on High Court bail.

“The 44 charges range from conspiracy to commit murder, possession of significant amounts of criminal property, various drugs offences involving Class A and Class B drugs including conspiracy to import and also being concerned in the supply.

“This morning (Thursday) we have also arrested a 64-year-old man in the Newry area. Searches are currently ongoing and so we have seized another high end vehicle so far. “And there will more to come as we continue to disrupt this criminal network operating here in Northern Ireland who have links to criminals both nationally and internationally.”

“The NCA has worked with international partners and every single police force across the UK, to achieve these extraordinary results. Our partnerships with policing and especially the PSNI has allowed us to operate to dismantle groups that were previously thought to be beyond the reach of law enforcement.

“By working together we have penetrated organised criminal networks who thought they were untouchable by seizing significant amounts of criminal cash, stopping firearms and drugs reaching our streets to protect the people of Northern Ireland.”