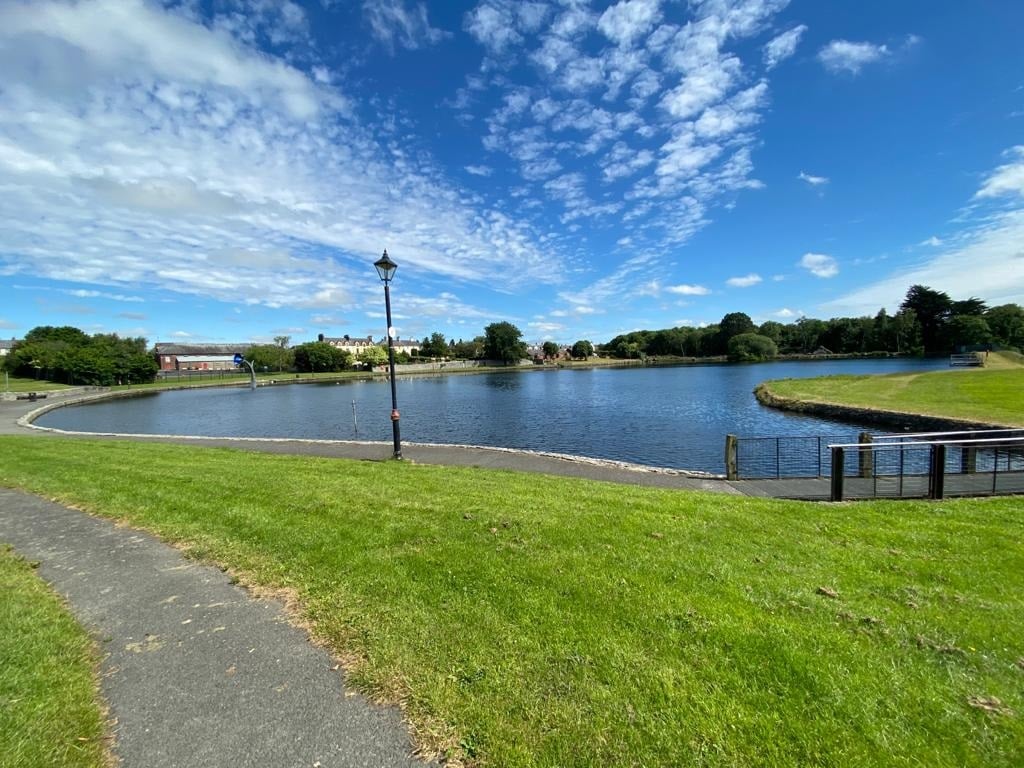 A man accused of hiding a gun close to a south Armagh park claimed he was there to “feed the ducks,” a court heard this week.

Appearing at Lisburn Magistrates’ Court by videolink from police custody this week, 29-year-old Colin McDonald spoke only to confirm that he understood the single charge against him.

McDonald, from the Drumalane Road, Newry was charged with having a firearm under suspicious circumstances on December 2 this year.

Giving evidence during a contested bail application, Detective Constable Murphy told the court he believed he could connect McDonald to the charge, adding that police were objecting to bail due to fears that McDonald has “links to organised crime” so may commit further offences.

He outlined how two plain clothed officers on the Green Road in Bessbrook “saw suspicious activity” close to Camlough Park as a male exited a Nissan Qashqai and “deposited the contents of an orange bag between two trees” before walking further into the park where he met another man.

“The officers went to the area where they saw the activity and found a handgun wrapped in brown parcel tape,” said the detective adding that when McDonald was arrested and searched, “police found an orange bag.”

While an additional search of the Nissan uncovered £460 and €1,040, “nothing significant” was found when his home was searched.

During police interviews McDonald claimed he had gone to the park to “do hill sprints” and that “the bag with him contained a loaf of bread as he intended to feed the ducks.”

He denied knowing anything about the firearm and further claimed he left the park because of the two men, the plain clothed officer, “acting suspiciously.”

Det. Constable Murphy told the court although McDonald has a clear record, given the nature of the seizure “police believe it’s linked to organised crime and criminality” and further that he could flee the jurisdiction.

Under cross examination from defence counsel Paul Burns, the officer confirmed “the police were not there to observe” McDonald and also that officers “had not searched this area before this male was there.”

Mr Burns told the court McDonald’s explanation for the cash seized was that he and his fiancée had planned to go on a weekend Christmas shopping trip to Manchester and that according to him, there would be no forensic evidence such as prints or DNA on the tape or the gun.

Arguing that McDonald’s clear record was not indicative of a likelihood of further offences and also that with a jib and family ties here that the cops’ flight objection was “useless and baseless,” the lawyer submitted the 29-year-old could be freed with a package or bail conditions.

District Judge Rosie Watters disagreed however and said while the seriousness of the offence was not a ground to refuse bail, “it certainly cannot be ignored in weighing whether he is likely to become engaged in further offending.”

“In those circumstances I’m concerned about the commission of further offences,” the judge concluded.

McDonald was remanded into custody and the case adjourned to Newry Magistrates Court on December 15.