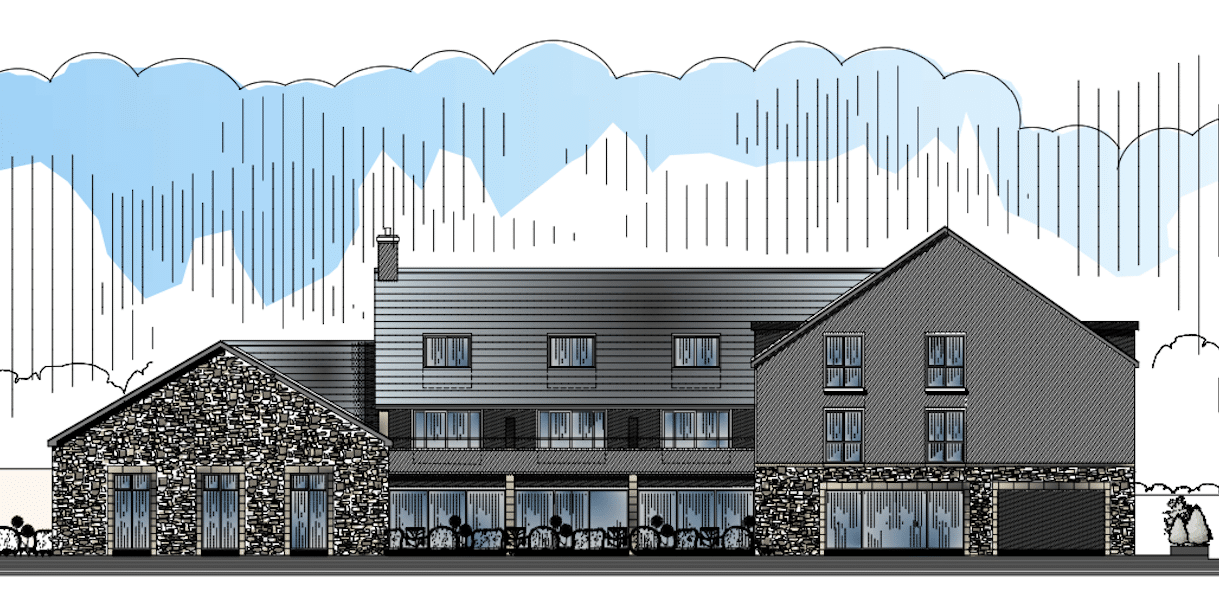 A new multi-million pound budget hotel – with 32 bedrooms, dining room, function and conference facilities – is to be built on the outskirts of Newry, Armagh I can reveal.

An application for the development – on a site “160 metres south west of Killeen Bridge, Killeen” – has just been given the go-ahead by Newry, Mourne and Down District Council.

The applicant, Euro Route Food Services Ltd, will build a new hotel – which would be expected to see a significant employment boost for the area both during construction and upon completion – with all associated amenities, as well as parking.

And it has been a five-year process to get the project across the line – and decades since the concept of a hotel on site first emerged!

The location in question is currently described as “grazing land” and outline approval had been granted back in 2007.

Ten years later an application seeking full approval was lodged and it has now been given the go-ahead by council.

According to a design and access statement, the hotel will offer “all the standard amenities and much-needed bedroom space”.

It adds: “The site is located adjacent to the Killeen Bridge on the main Old Dublin Road and beside the main Belfast to Dublin dual carriageway.

“The hotel is designed to meet with all the Northern Ireland Tourist requirements and less-abled clients are well catered for.”

The development will see the construction of a two–storey hotel comprising a function/conference room, kitchen anddining room, reception and beauty salon.

There will be a total of 32 bedrooms and the new hotel would boast floorspace of close to 30,000 sq ft.

With black slate roof and stonework of natural granite, the design and access statement says that all materials used in construction will be “in keeping with the local surroundings”.

The statement continues: “On site there is ample parking and turning with an in-out facility onto the main Old Dublin Road.”

According to additional supporting statements, there is a need for such a development in the locale.

These state: “The increasing level of cross–border trade in recent years has seen a significant increase in the numbers of short–term visits by Republic of Ireland business and tourist visitors to the area.

“The potential for increased numbers of business visitors has and will continue to be significantly enhanced with the main Belfast to Dublin A1 dual carriageway.

“A stable political environment is expected to improve Northern Ireland’s ability to secure international hotel business. Belfast has already shown a degree of success in this regard, with a consequent increase in bed night demand.

“There is an obvious opportunity for south Armagh and Newry areas to ‘piggyback’ on this acknowledged success; however, the deficiencies in hotel accommodation supply are presently a limiting factor.”

It reveals that the site had been bought by Peter and Margaret Dowdall in the late 1980s and it has always been the intention to build a hotel here, but the “peak of the Troubles” at the time meant their dreams lay dormant and work did not proceed.

Both have vast experience in the hospitality industry, both working in and also owning hotels in Warrenpoint for many years.

And the statement advises that the applicants – who live two miles from the earmarked hotel site – viewed the Killeen project as “an excellent business proposal and opportunity to create jobs and development in the area”.

“In addition to the business traveller, the location is close to the Ring of Gullion Region and the stunning Mourne Mountains, the south east of Northern Ireland is an Area of Outstanding Natural Beauty, providing coastal drives and hill walking to rock climbing, nature rambles, photography, canoeing and cycling to horse riding, bird watching, fishing and world class golf.”

“Significant landscaping” and planting is also planned to “help integrate the proposed hotel into the locallandscape“.

A total of 21 potential sites for a hotel were looked at by the applicants and this was deemed the appropriate and suitable location.

Planners have now recommended – and council has agreed – that the proposals be approved.

This comes despite the receipt of two letters of objection.

One cited a list of reasons why she felt it should not proceed.

These included noise disturbance to neighbouring properties with young children, general day–to–day noise ofhotel and traffic in and out of site, live music/events; negative visual amenity impact on the area in an area of natural beauty and character; loss of light and overshadowing of property, artificial light disturbance and glare on to property; odour/smells; food waste management and risk of increased pest/vermin activity in the locality; increased traffic and exposure to the immediate local area and therefore increased chance of crime; and loss of trees and natural animal habitat.

The objector also expresses the opinion that there is a “lack of need”, given there are three hotels in the area, with two just recently developed in Killeavy Castle Estate and Flagstaff Lodge.

According to the professional planners report, however, there was no reason not to approve.

They found: “Overall proposals are acceptable in principle, objections have been fully considered and no major concerns have been raised by consultees.

“Proposals meet the requirements of planning policy and, on this basis, it is recommended to approve the application.”