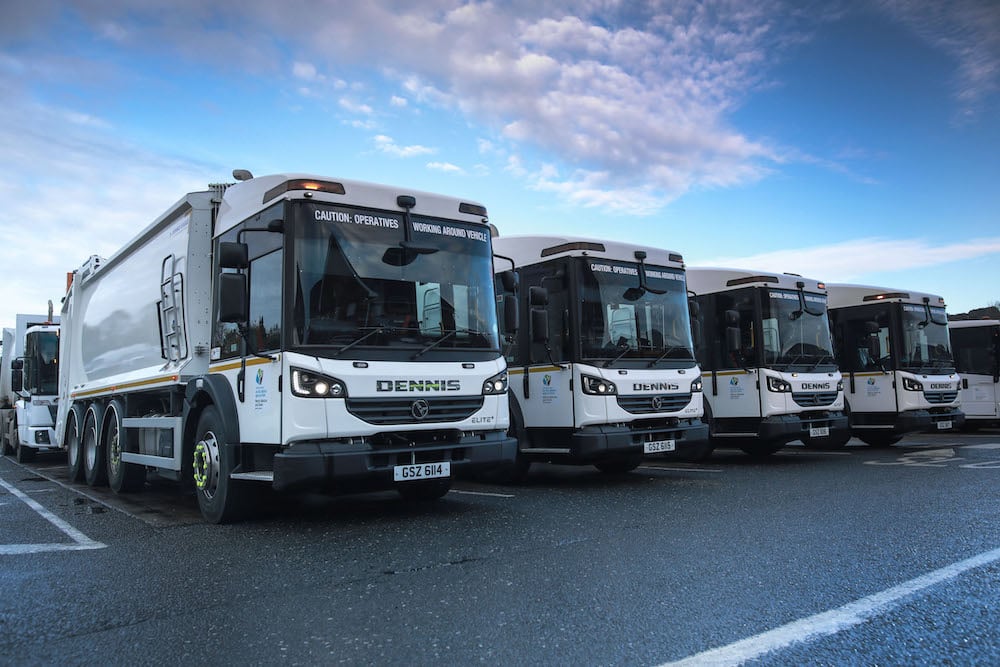 The first refuse collection vehicles in a £7.4 million fleet investment by Newry, Mourne and Down District Council are now in action on the district’s streets.

Three compact road sweeper vehicles have also been delivered and been in operation since August.

Of the 73 strong fleet which have been ordered, 30 are refuse collection vehicles – 19 at 26 tonne, 7 at 12 tonne and 4 at 32 tonnes. Other vehicles bought as part of the investment will be used for services such as bulky waste, grounds maintenance and transporting heavy machinery in addition to street cleansing.

The Council will be undertaking a route optimisation review to ensure its lorries are getting to households on the best possible route and as efficiently as possible. Newry, Mourne and Down District Council Chairperson, Councillor Michael Savage said: “We are all excited to see the results of this major investment by the Council in our district’s fleet.

“We acknowledge the difficulties caused by the previous ageing fleet and our staff are very much looking forward to working in these better equipped and safer vehicles to provide residents with the best possible service.

“The Council will also save money with a reduction in breakdown related costs and the vehicles being more energy efficient.”

Councillor Savage said the Council was also looking ahead to consider how the next fleet replacement could take advantage of greener and cleaner alternative fuels. “We are not standing still,” said Councillor Savage. “We have 40 other vehicles to replace, and we will be examining as a Council whether these some of these should be electric vehicles.

“A four-year vehicle replacement schedule is also planned to ensure that the Council’s fleet is maintained in good condition in the years to come.”