Fears for motorists as railway bridge debris rotting away underneath 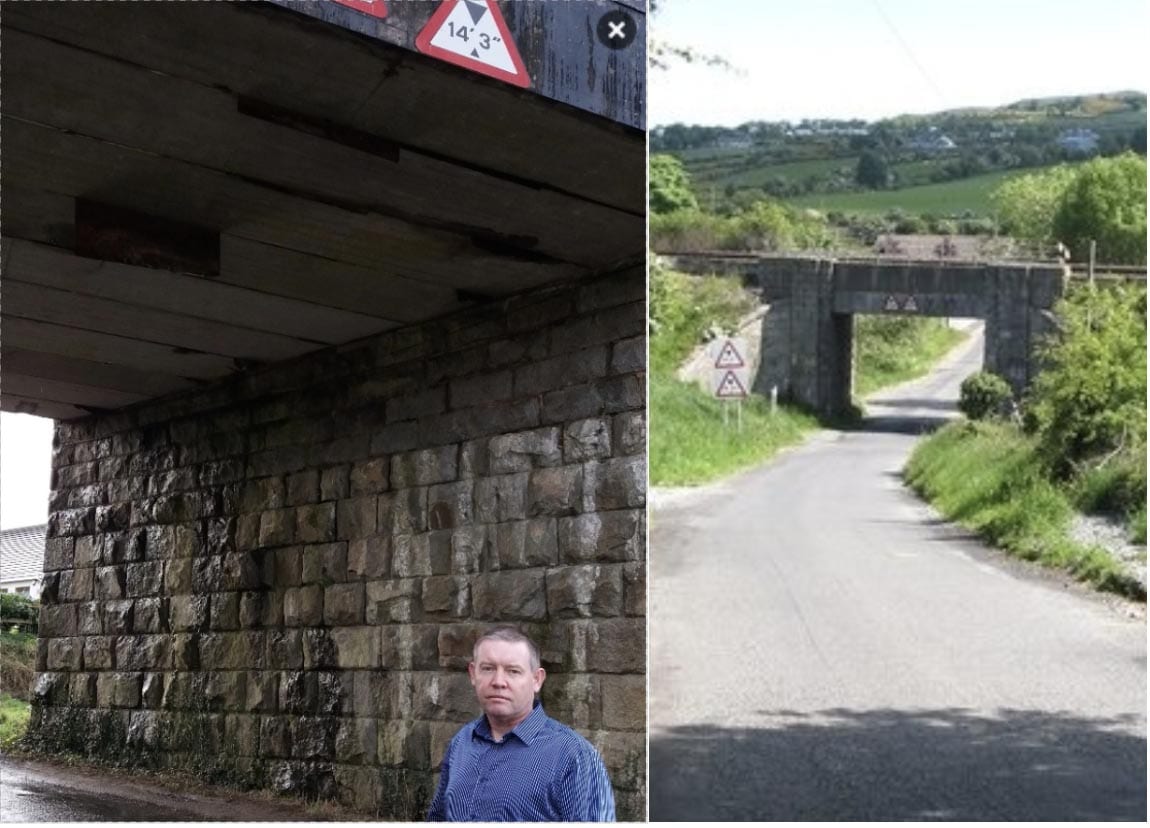 The condition of a railway bridge in south Armagh is causing concern for motorists as rotting debris continues to fall with each passing train.

“For the second time in twelve months I have had to contact NI Railways regarding an issue at Kilnasaggart bridge in Jonesborough,” explained councillor Larkin.

“On both occasions sheets of hardboard/plywood have become loose and hang precariously beneath the bridge.

“Used during the construction of the bridge the sheets have become rotten through time and are loosened by the passing of trains.

“They hang dangerously above the road and could cause damage to vehicles and injury to those passing beneath.

“I contacted NI Railways last year in relation to the problem and they acted quickly to remove those sheets which had come loose.

“However a similar situation has occurred and I am concerned that this will continue even if the current problem is solved”.

Mr Larkin added: “I have once again contacted NI Railways and requested that they inspect the bridge and put in place procedures to ensure the dangers are managed and negated.

“With numerous bridges along this mainline I enquired whether regular inspections were carried out to maintain safety standards.

“Staff assured me that inspections were often, rigorous and extensive.

“They pointed out that the construction method for this bridge was not replicated at all bridges along the line and that they would act upon my report.

“Contractors will be on site this week to remove the sheets and inspect those remaining.

“In the meantime I would ask that road users are aware of the situation until the possible danger is removed.”