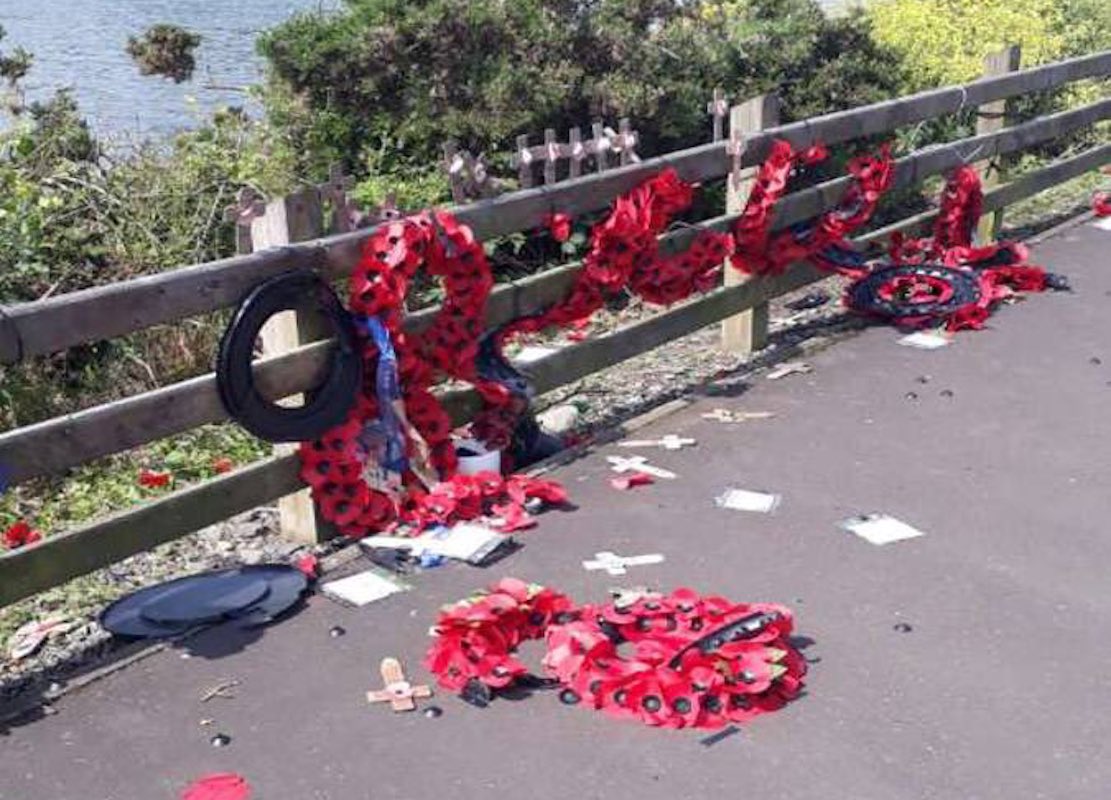 A memorial to 18 soldiers who were killed in an IRA bomb attack in 1979 has been vandalised over the weekend.

The Narrow Water memorial, made up of poppy wreaths and crosses just outside Warrenpoint, was once again desecrated – a fifth attack in less than two years.

Police are investigating the incident, which was reported shortly after 1.30pm on Sunday, and are treating it as a hate crime.

It is believed the incident occurred over night.

Yet again poppy wreaths and crosses placed at Narrow Water have been desecrated. Another disgusting attack on this memorial dedicated to the 18 soldiers murdered by the IRA at this location almost 40 years ago. Enough is enough, these attacks must stop!! ⁦⁦@uuponline⁩ pic.twitter.com/sJawHCzbqT

“This attack is another despicable act, just like the many others which have occurred at the site of the memorial dedicated to the 18 soldiers murdered by the IRA on 27 August 1979,” he said.

“I say to those who perpetrate these sickening acts, enough is enough.

“The families of the 18 murdered soldiers already endure enough heartache through losing their loved ones in such tragic circumstances without having their pain further compounded when incidents of this nature occur.”

PSNI Supt Jane Humphries has appealed to anyone who has information or video footage of the attack to contact police on 101.

South Down Sinn Fein MLA, Sinead Ennis, said: “There is no place for attacks like in our society and I condemn this act outright.