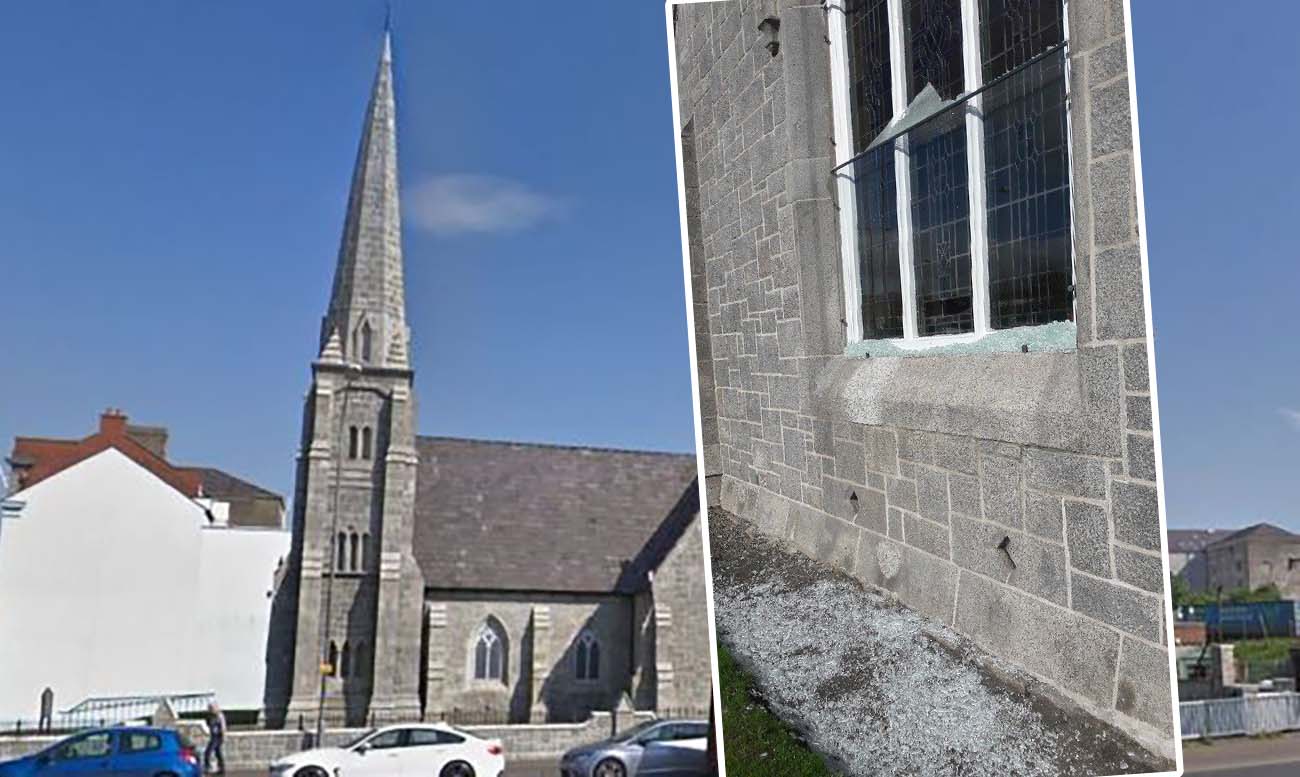 A church in Newry city has been destroyed in an act of vandalised described as offensive for the entire community.

Newry and Armagh MP Mickey Brady has said that the attack on the First Presbyterian Church on John Mitchell Place has horrified the community.

It was the second attack on the historic property in the John Mitchel Place area of the city in less than a year.

“I am appalled to learn of this attack on a stain glass window at the First Presbyterian Church,” explained the Sinn Féin MP.

“It is a despicable act of vandalism and hate. It has deeply angered and offended the entire community.”

He added: “I appeal to all to stand up against these criminals, assist the police in their inquiries and ensure those behind this hate outrage are brought to justice.”

Ulster Unionist councillor David Taylor condemned the attack on the church as “a despicable and evil act”.

“It is difficult to comprehend the mindset of someone who would desecrate any place of worship and there is understandable outrage within the local community that this incident has occurred,” he said.

“It is all the more significant given that this window was only repaired a matter of weeks ago following damage caused to it in a previous incident which occurred last year.

“This will no doubt cause great hurt to the congregation and it is extremely regrettable that they will have to incur further cost to repair the damage which has been caused to their church building.

“It is vital that the perpetrators of this sickening act are brought to justice and as such, I would appeal to anyone with information on the attack to report it to the police immediately.”

A PSNI spokesperson said: “Sometime on Wednesday evening some senseless person caused significant damage to a window of the church in a targeted attack.

“This window has only recently been repaired with considerable efforts of the church and for any place of worship to be attacked is not just an insult to the whole community of Newry but a deplorable hate crime that has no place in our society.

“Our inquiries are at an early stage and if you have any information that could assist our investigation or if you were in the area last evening and noticed any suspicious activity please get in touch with us by dialing 101 and using the reference number 408 of 28/03/19.

“Alternatively you can call Crimestoppers with any information on crime anonymously on 0800 555 111.