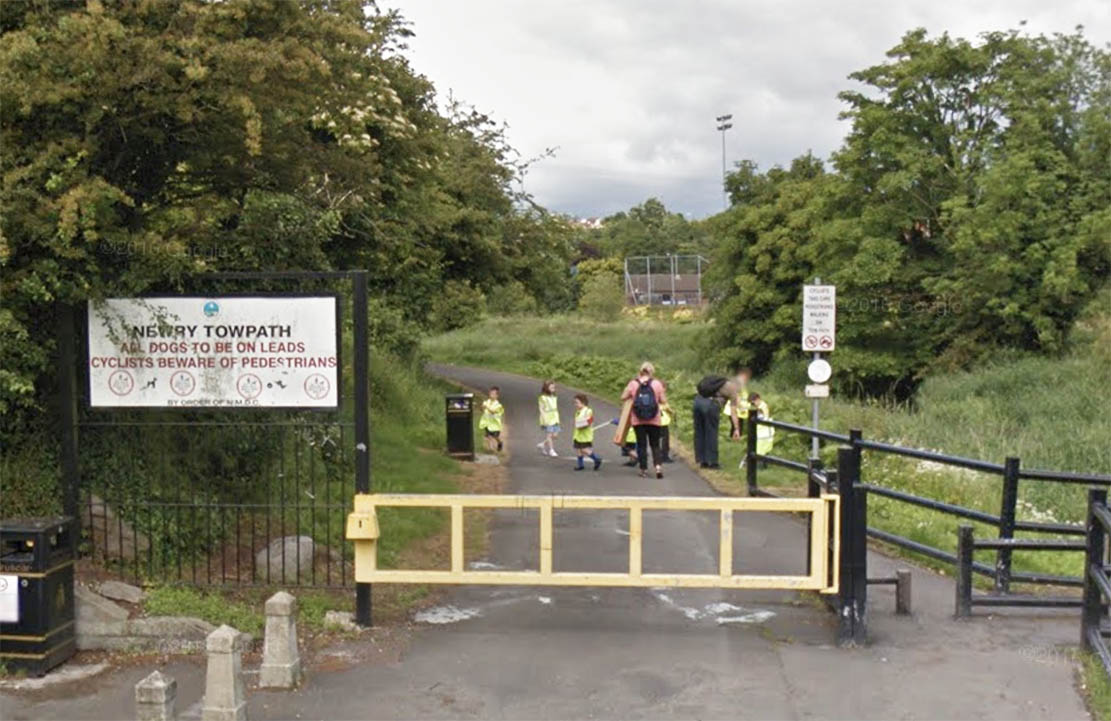 A group of cowardly youths snatched a small dog from an elderly lady as she was out walking in Newry.

The woman was left terrified by the incident, which happened on the tow path near the WIN industrial estate, earlier this week.

“I was contacted by the family of an elderly lady who explained that she had been out on the tow path close to The WIN Industrial Estate with her small dog when a number of youths with their heads covered approached her on bikes,” the Sinn Fein councillor explained.

“They proceeded to snap the lead of the dog from the lady and sped off trailing the dog along the ground.

“The lady was distraught as she watched the terrified dog being taken away.”

He added: “This lady was recently her self the victim on mindless anti-community elements and the family had brought the dog to her to try and get her out and about again.

“Now she has been left totally traumatised by this latest incident.”

The small dog was rescued by workers from the nearby Carnbane Industrial Estate when they heard the petrified dog cowering underneath a lorry trailer.

They were able to contact the lady with information on the dog’s collar and return it to her as a result.

Councillor Casey said: “I commend the workers for their quick thinking in this instance and I would appeal to anyone who has any information about the thugs involved in this incident to pass this information on as a matter of urgency.”