Committee chairs appointed at Newry, Mourne and Down Council AGM 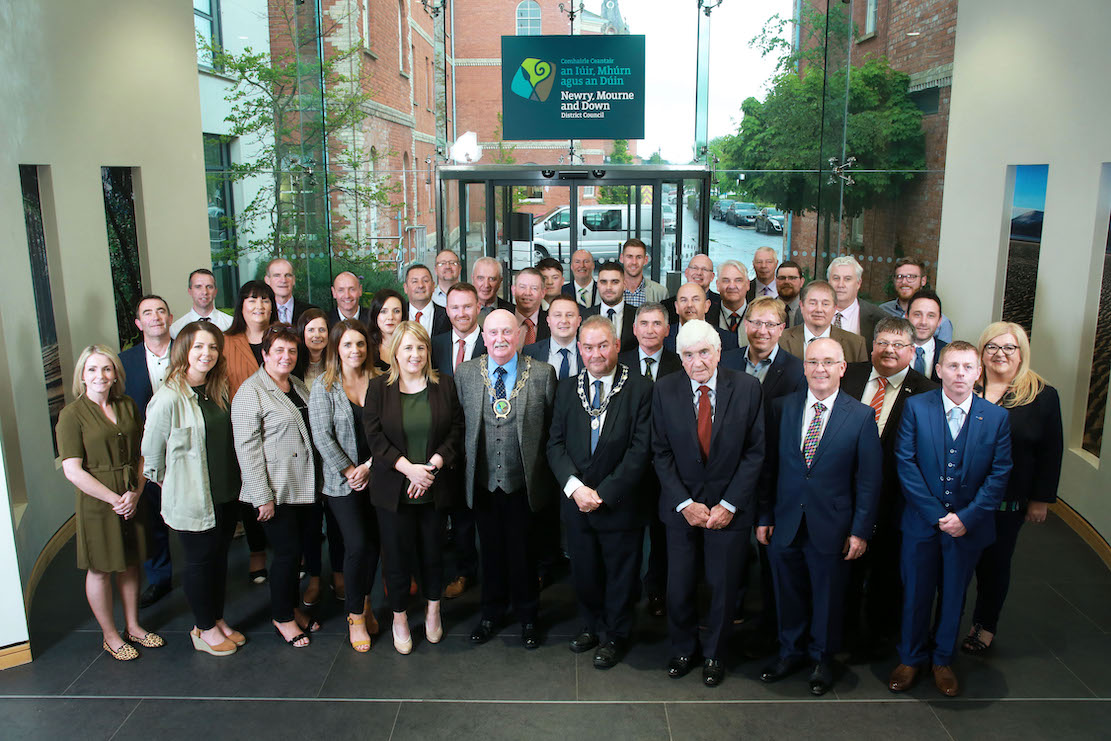 At the first meeting of the newly formed Council following Council Elections on May 2, 41 members deemed elected took their seats as follows: Sinn Féin 16, SDLP 11, Independent 5, UUP 4, DUP 3 and Alliance 2.

In his first speech as Chairperson, Councillor Charlie Casey urged all councillors to unite to protect services under threat in the area, particularly those related to health and wellbeing.

“Newry Mourne and Down District Council’s mission is to lead and serve a district that is prosperous and healthy, as well as sustainable from an economic, environmental and social perspective,” he said.

“This is what our people expect and what we as elected representatives are required to work to deliver.

“I urge all political representatives to continue to unite in the campaign to save the stroke services and breast cancer services that are under threat. Working together with all stakeholders we can achieve this.”

Councillor Casey said he would also work over the next year to “ensure the will of the people in this district” is respected with regards to Brexit, and continue to support the many voluntary groups, charities, agencies and individuals who help others.

“They do this quietly, professionally and compassionately, out of the limelight,” he said.

“These groups, charities, people don’t just ‘talk the talk’, they ‘walk the walk’. As Chairperson of Newry, Mourne and Down District Council, I can say to them – my door is open, I will help your work in any practical and appropriate way I can.”

Councillor Casey went on to thank outgoing Chairperson Mark Murnin and Deputy Chairperson Oksana McMahon for their work in their roles during the past year. He also paid tribute to the outgoing councillors for their contributions.

“I would also like to pay tribute to our outgoing Chairperson Mark Murnin and Deputy Chairperson Oksana McMahon for all their hard work, dedication and professionalism in carrying out their roles,” he said.

“Words cannot describe how I feel at this moment – honoured, elated, but at the same time humbled at being entrusted with the role and responsibilities as your Deputy Chairperson for the year ahead.

“I will try to do my best for everyone. I feel so passionate about helping people with disabilities and promoting good mental health in our society, amongst other matters, which are subjects close to my heart. I will do what I can to champion these causes over the coming months.”

Outgoing Chair Mark Murnin thanked members and Council officers for their support over the past year.

“We had over 600 events throughout the year and in that, 29 nights were spent abroad in China, Italy, France, Spain, Germany and USA also representing our Council,” he said.

“We had so many highlights, and to give you a small flavour of them – starting off my year and near the end of the year was the time spent with the Special Olympians in both Downpatrick and Newry. They represented the district so well at an Irish level and again at the World level in Abu Dhabi, bringing back medals.

“A great responsibility comes with being a councillor and as you strive to make this district the number one place to do business and set up a home, it is worth remembering that those across the Chamber are not necessarily the enemy – you all must work together for the betterment of our district and see what will happen in this next term.”

Mr Murnin also urged councillors to take seriously the impact of climate change locally, pointing out that it was a factor taken seriously by international investors.

Other business conducted at the meeting included the appointment of Chairpersons and Vice Chairpersons of the Council’s standing committees: