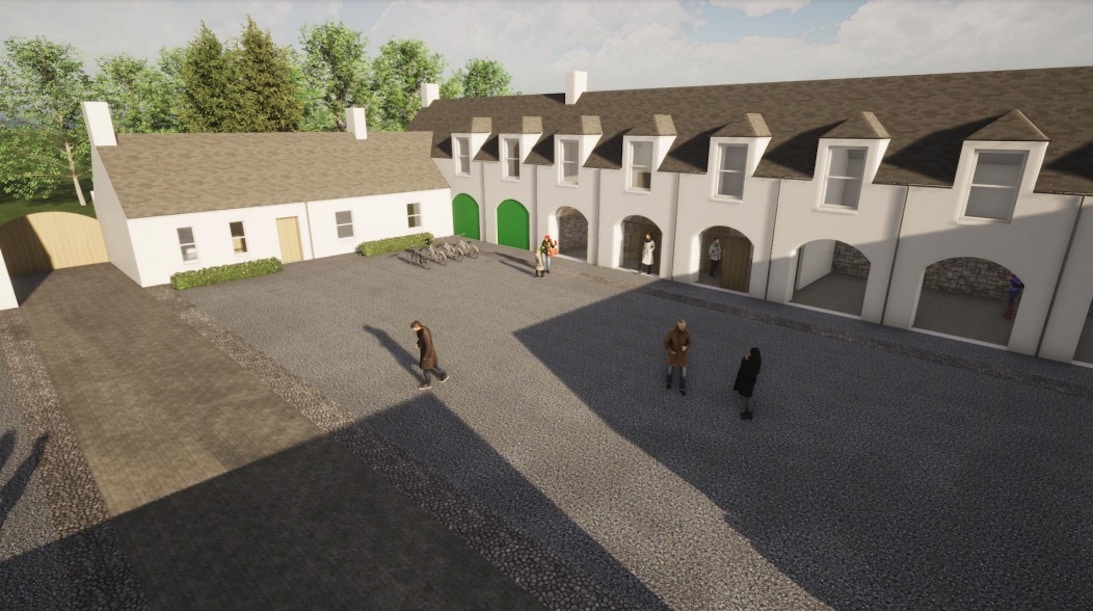 A Co Down castle estate is set for a £5m development 50 years after it was bombed.

Restoration work will now take place at the Grange Courtyard Buildings in Castlewellan after plans were approved. Costs for the project are expected to rise beyond initial estimates, however.

The north east block of the outer courtyard was destroyed in a 1973 bomb attack.

The local authority’s plans are the latest stage in the Mourne Forests project, which has seen responsibility for the recreational use of Castlewellan, Tollymore and Rostrevor’s Kilbroney forests transfer to councils.

Planning committee chairman, Declan McAteer said that the council would now aim to follow up on more forest park developments in the district.

“This investment will be a great boost to the local economy and tourism trade, which has seen the council leasing out lands from the Forestry Service,” said Cllr McAteer.

“We now expect there to be more developments in other leased out forest park lands.

“The plans will benefit the area and will also bring the heritage of the forest park and its woodlands back to the community.”

A spokesperson for the council outlined the the Castlewellan investment.

“Newry, Mourne and Down District Council is in receipt of £2.69million of funding from the National Lottery Heritage Fund and council will match fund the project,” said the spokesperson.

“The north block to the outer courtyard was lost through bomb damage.

“The proposal for the redevelopment of the north block to the outer courtyard lost through bomb damage is to rebuild and match the original design in terms of scale and proportion.

“Construction estimates are based on 2020 costs at the time of application and will be refreshed as per the procurement strategy.”