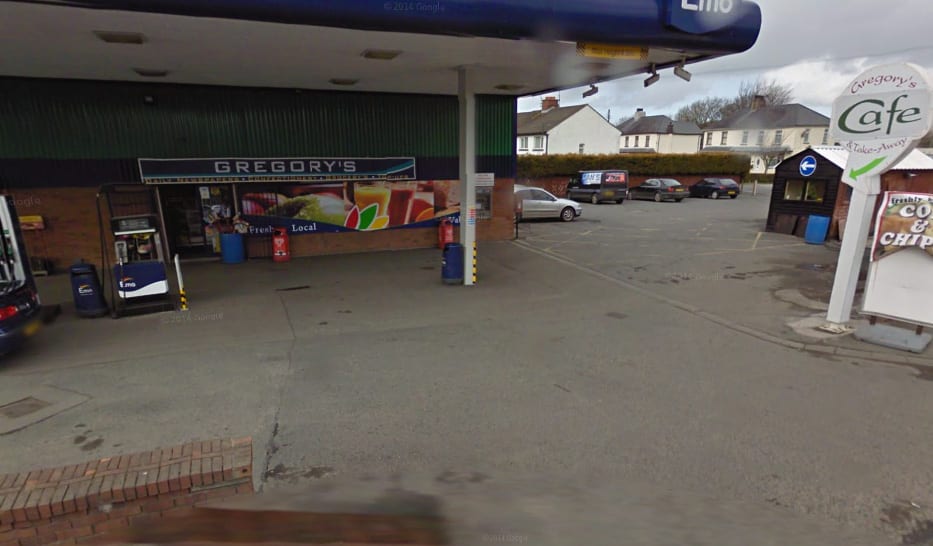 A man in his 20s has been arrested by police in the Republic of Ireland following the theft of an ATM machine in Bessbrook this morning.

The theft occurred at Gregory’s petrol station on the Camlough Road at around 3.30am this morning.

The man was arrested in County Monaghan after Gardai carried out searches, where they found three males in a white van.

Traffic issues Camlough following a ram raid on Gregory’s Shop, Camlough road closed as the digger is blocking it pic.twitter.com/ZThsY6nqof

It is believed the men fled from police but one man was apprehended.

Forensics are currently examining the van.

Owner of the shop Simon Gregory, speaking to Q Radio early, said: “Shock is not the word for it. We got a phonecall this morning about 4.14am and we came down to see the excavator on fire. The fire brigade were actually putting it out at that time and then the police arrived.

“I’m lost for words for the damage that was done. We were hit about six years ago but the damage was nowhere near as bad then.”