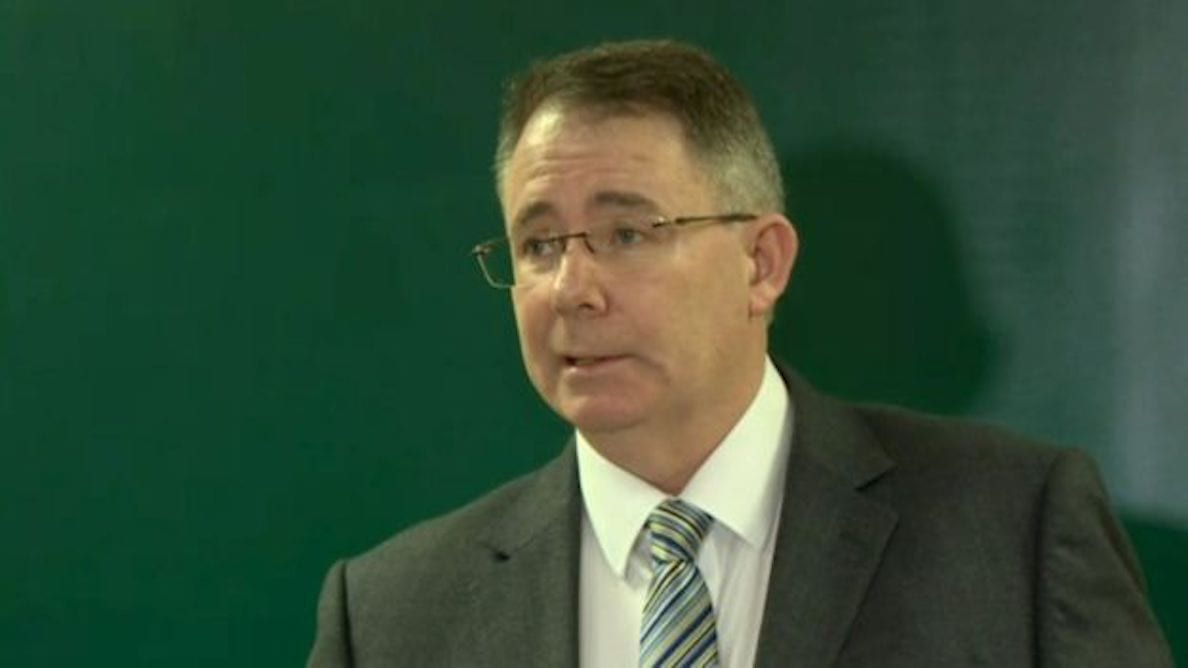 Police are appealing for the public’s help in locating two men believed to be involved in the murder of a man in Warrenpoint on Friday night.

The victim was 37-year-old Wayne Boylan, who was shot in the head with what police believe was a shotgun.

A 21-year-old woman, believed to be Mr Boylan’s girlfriend, was also shot.

She was rushed to Daisy Hill Hospital in Newry before being transferred to intensive care at the Royal Victoria Hospital in Belfast overnight.

Detectives say there is no clear motive for the murder but they are working with Gardai.

In particular they are asking if anyone saw a vehicle being driven erratically between Newry and Warrenpoint about the time of the murder.

The attack happened at Lower Dromore Road around 7.30pm.

Det Ch Insp Geoff Boyce (pictured) said Mr Boylan had just come back from a local off-licence 10-15 minutes before the attack and may have been followed.

“This was a senseless and callous murder perpetrated on a completely unsuspecting man,” he said.

“Wayne was a father and his two young children have been left without their father.

“He was a son, a brother and a friend. His murder has caused his family and friends immeasurable pain and their lives will be forever changed by his loss.”

He added: “I would particularly like to hear from anyone who was in the area last night and who may have seen two men or any vehicles fleeing from the scene immediately after the shooting.”