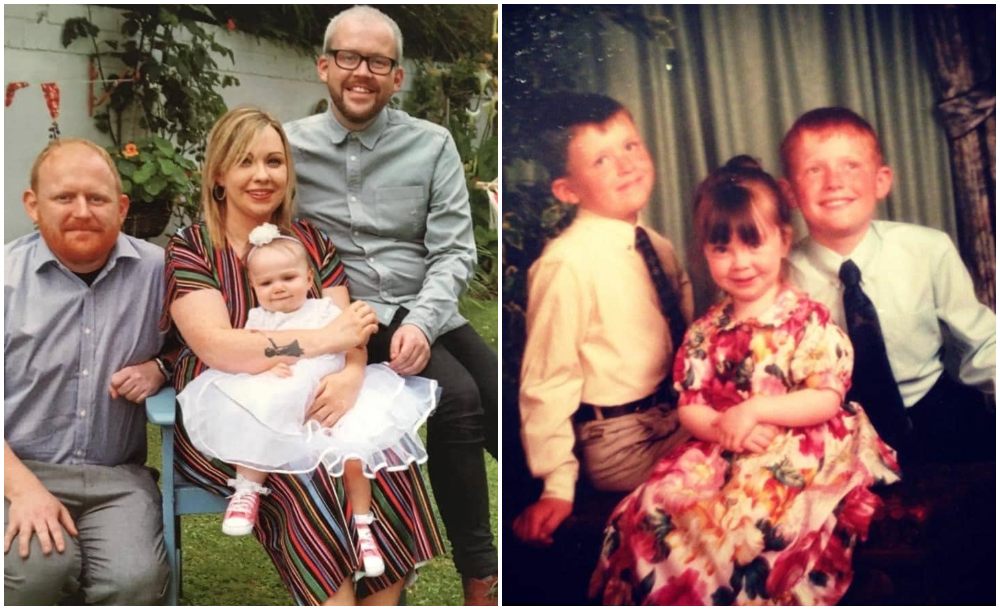 The event will take place at the Irish National Foresters in Newry on Saturday, August 27, two days before what would have been Jason’s 37th birthday.

Jason’s sudden passing in December of last year resulted in shock and heartbreak for those who loved him most.

Describing her older brother as “a character”, who would “talk to anybody and was up for anything”, Allyson O’Hanlon said the Father Ted themed night is a perfect tribute to a much-loved brother, son, uncle, nephew, cousin and friend.

“The life and soul of the party who just loved being around people and was Father Ted’s number one fan, Jason would have absolutely loved this event! He was always coming out with one liners from the show,” she said.

“It’s a way for us to come together, connect with each other and remember Jason through something he really enjoyed whilst raising money for much-needed services within the local community.

“We’re not holding back! We’re encouraging everyone to come along in costume with prizes for best dressed, hosting a raffle with gifts kindly donated from local businesses, and even holding a Lovely Girls Competition with our very own ‘Spinmaster’ on the DJ decks!

“Even if you’re not a Father Ted fan, it’s sure to be a night full of laughter for a really great cause.”

Jason’s older brother, Shane, added: “We wanted to host this event to highlight the desperate need for more funding for local mental health services and support for alcohol addiction. Jason was someone who appeared to have it all. However, his consumption of alcohol grew and slowly spiralled into a problem. “He was always the joker and the one to provide a smart or sarcastic comment, but over time we realised this, as well as the alcohol, was a way of him distracting from how he was really feeling.

“The current health system seems to focus primarily on physical health, with mental health very much an afterthought.

“We want to use this event as an opportunity to talk openly about Jason’s story to reduce the stigma attached to alcohol addiction and mental illness whilst promoting the vital services of local mental health organisations, such as AWARE.”

Lesley Wright, Community Fundraising Officer at AWARE, added: “We were deeply saddened to hear of Jason’s passing, but we’re incredibly touched that his friends and family have chosen to remember him by hosting an event in aid of AWARE.

“This is a night to not only celebrate the life of a dearly missed friend and relative but also an opportunity to have fun and raise awareness and vital awareness to support others dealing with mental health issues.

“We encourage all Father Ted fans to come along for a fantastic night! Thank you so much to the organisers for choosing to support AWARE!”

Doors open at 7 pm on Saturday, August 27 at the Irish National Foresters in Newry – for more information about the event, please visit https://bit.ly/3d5Bs8b