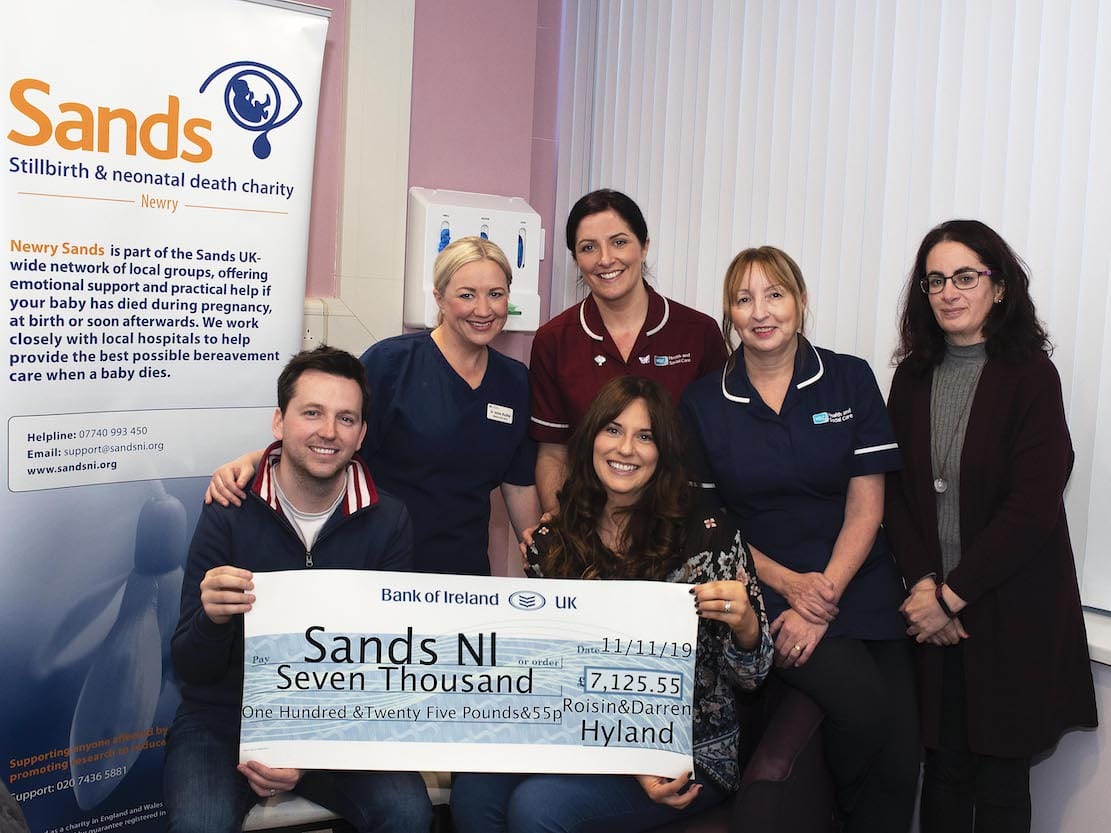 Over £9,600 has been donated to the Southern Trust and SANDS (Stillbirth and Neonatal Death Charity) in memory of baby James William Hyland.

Darren and Roisin Hyland from Newry, raised the amazing total as a way of giving something back in memory of their son James, who they sadly lost in September 2018.

The couple said that they are forever grateful for the support they received from the Willow Bereavement Suite at Daisy Hill Hospital and SANDS following James’ passing.

Darren and Roisin would like to say a huge thank you to their family and friends for selling raffle tickets and to thank all those who kindly donated to their fundraising events. They would also like to thank the very generous local businesses who also donated prizes for their raffles.

They recently called into the Willow Bereavement Suite at Daisy Hill to donate a £2,500 cheque to the Trust’s Acute Services Fund and also presented a cheque for £7,125.55 to SANDS NI.

For more information and advice following the loss of a baby www.sandsni.org