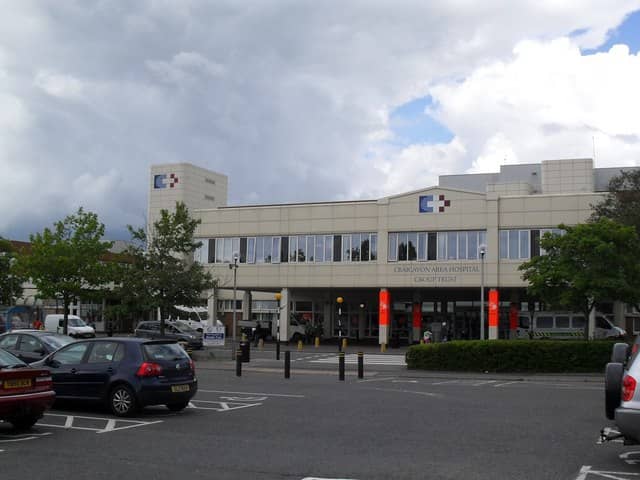 A new paediatric ward for Craigavon Area Hospital has taken a major step forward as an official planning application has been formally lodged.

The development – which will provide for 19 paediatric inpatients beds – also includes additional car parking to help alleviate ongoing pressures with parking at the acute hospital site.

The application will be publicly advertised next week and it comes as it has been confirmed in the Assembly that the new paediatric centre of excellence at Daisy Hill Hospital in Newry should be completed by August 2017.

It was just this week that Armagh I revealed an update on plans by the Southern Trust in relation to health services.

This included the possibility of a multi-storey car park being constructed at Craigavon.

The proposal includes plantrooms and a clinical link corridor to the existing hospital.

Associated site works include the reconfiguration of the existing hospital drop off, relocation of bus stops, reconfigured entrances to car park 1 and maternity car parks, and additional car parking and external landscaping.

Meanwhile, Health Minister Simon Hamilton confirmed August 2017 as the expected date of completion for the paediatric centre of excellence in Newry following a question from Sinn Fein MLA Conor Murphy in the Assembly this week.

Speaking in the Assembly, the Newry and Armagh MLA responded: “As he will know, it is a long-standing commitment from the Trust and one that is vital to securing the sustainability of Daisy Hill Hospital. Is he in a position to say whether a paediatric trauma service will be part of the paediatric centre of excellence? That in itself would be a significant asset in a proper centre of excellence.”

While the Minister was not able to verify if a trauma centre would form part of the Centre of Excellence, speaking afterwards Mr Murphy said such services would provide a significant boost to Daisy Hill and the Newry area as a whole.

“Paediatric trauma services such as this will greatly enhance and support other provisions in the hospital,” he said.

“Daisy Hill is a vital service for this region and has untapped cross border potential. This needs to be recognised and acted upon by both the Department and the Trust through further investment and development.

“Both I and my colleagues will continue to press the Department and the Trust to ensure that Daisy Hill continues to offer a modern, world class service to the people of this area.”