New book launched a chronicle of Darkley’s proud past 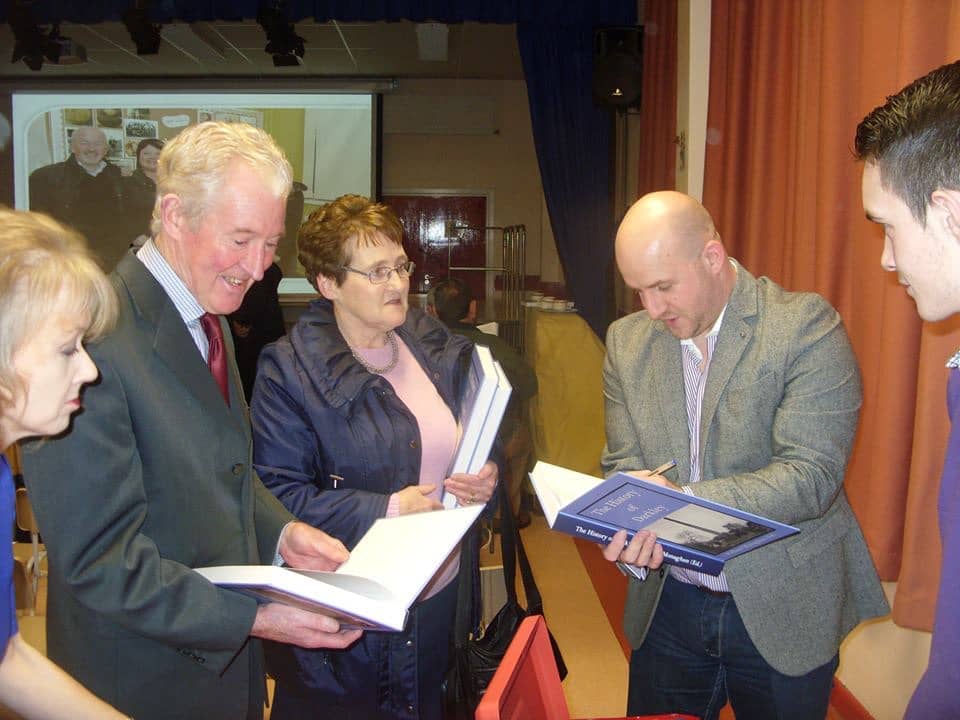 A new book chronicling the proud past of Darkley was officially launched in the village on Friday night.

‘The History of Darkley’ focuses on Darkley and the surrounding area from the earliest times to the present day.

There are articles on mythology, early history, placenames, the linen industry, political life, world wars, sport and entertainment to name a few.

There are also profiles of local celebrities from the area, such as rally star Andrew Nesbitt, Felicity McCall and Commonwealth medallist Sean Duffy.

Over 300 attended the launch in Darkley Primary School, where they were treated to an evening of music, poetry and reminiscences from years gone by.

The book has been edited by local historian William Monaghan, who was overwhelmed by the packed hall.

“This has been another wonderful occasion for the people of Darkley after the 80th Anniversary celebrations for Darkley Primary School last year,” he told Armagh I.

“The book details the history of Darkley, and the surrounding area, in the context of the historical events that shaped this country.

“Darkley was a hive of industry with a very proud but humble community. They had good times and bad times but showed great resilience.”

Darkley was the scene of one of the worst atrocities of the ‘Troubles’ when three church elders were gunned down during an evening service. The launch was attended by many from as far as England and there are pre-orders for the book from all over Britain and Ireland, Switzerland, New Zealand, Australia, New York and California.