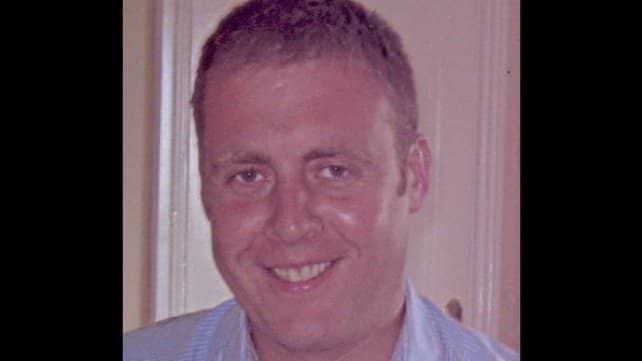 NEWRY and Armagh MP Conor Murphy has called on anyone with information on the murder of Garda Adrian Donohoe to bring it to An Garda Siochana or the PSNI.

The Sinn Fein MP made the appeal this afternoon (Monday), saying: “The criminals responsible need to be brought to account and, whichever part of Ireland they are from, there should be no hiding place for them.
“No-one wants these criminals in their community and the sooner they are apprehended the better for the people of Louth and Armagh.”
Detective Garda Donohoe, (pictured), who was married with two children, was fired on by raiders outside a credit union in Bellurgan, Jenkinstown, Co Louth at around 9.30pm on Friday, January 25.

The 41-year-old was originally from Kilnaleck in Co Cavan, but was stationed at Dundalk Garda Station.

Specialists from the Garda Forensic and Technical Bureau examined the scene at the Lordship Credit Union.

It is believed four armed men were waiting in the car park outside to rob the credit union. They moved to hold up staff at gunpoint as they were leaving to deposit money in Dundalk.

The two gardaí got out of their car, but as Det Garda Donohoe approached, he was shot in the head without warning. He had not drawn his garda-issue weapon.

Det Garda Ryan has been traumatised, but is otherwise unhurt.

The raiders then fled the scene in what is believed to have been a dark-coloured car.

A similar vehicle was later found burned out at Fews Forest, near Keady.