Money back on bottles scheme could be reintroduced 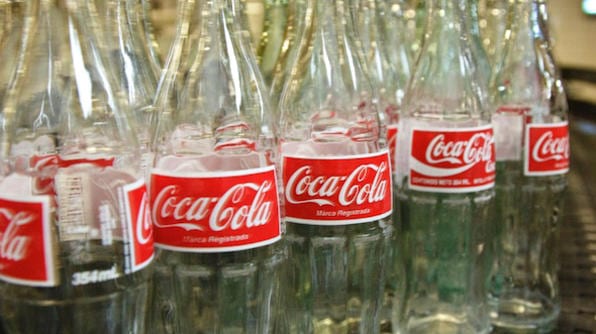 Who remembers when you got money back when you returned your empty bottles?

Those of a certain generation will have fond memories of the profitable hobby of taking empty bottles back to the shop to collect cash refunds.

The scheme helped keep litter down, helped with recycling but most importantly to the kids at the time – it was the coveted pocket money.

Well, the scheme may just be about to return after a three decade hiatus with Environment Minister Mark Durkan considering its re-introduction.

The Minister has welcomed the recent publication of the feasibility study for a Deposit Return System for drinks containers in Scotland.

This follows the completion of a number of ‘Recycle and Reward’ pilot projects across Scotland during 2013.

The feasibility study assessed the benefits and challenges of introducing a scheme and explored the role that it could play in reducing litter, complementing local authority recycling services and improving the quality of materials collected for recycling.

The proposed system would accept the broadest range of materials and the suggested deposit would be between 10p and 20p depending on volume. Deposits would be returned manually by retailers or through automated reverse vending machines.

Mr Durkan said: “A deposit scheme, giving 10p back on bottles, operated here in the past and I think there is the opportunity and appetite for the re-introduction of a similar scheme to reward people who return drink containers and in turn help the environment.

“I have been watching with interest the pilot Deposit Return System (DRS) in Scotland and am keen to see the outcome of their call for evidence of what the practicalities of such a scheme would be and what lessons we can learn here in the north.

“This scheme could play a key role in reducing litter and improving recycling services and I have requested an options paper from my officials on the desirability and feasibility of a DRS for Northern Ireland.”