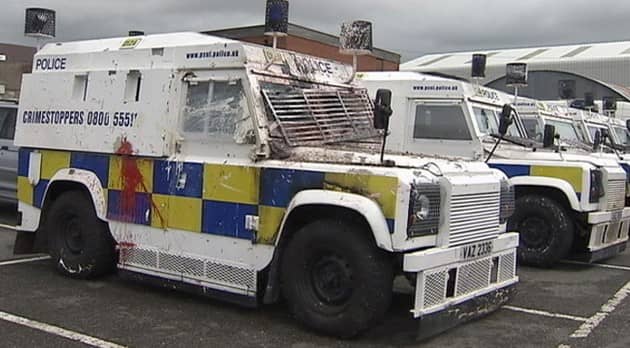 THERE were reports of minor trouble in the Corcrain area of Portadown last night (Tuesday).

A number of fireworks were let off by the crowd and a number of golf balls were thrown.

Around 20 loyalist protestors staged a white line protest while nationalists gathered nearby.

It ended after local councillors intervened and persuaded the group to move off the road voluntarily before police moved them.

On Monday evening, nine officers were injured when they were hit with masonry, during sectarian rioting in Corcrain Road, Charles Street and Park Road in the County Armagh town.

Two of them were taken to hospital.

Police said officers had been attacked by both sides, as fireworks, bottles and golf balls were thrown from opposing crowds.

The unrest followed four nights of rioting in parts of the city after an Orange Order parade was banned from marching on a stretch of the Crumlin Road in north Belfast that separates loyalist and nationalist communities on the Twelfth.