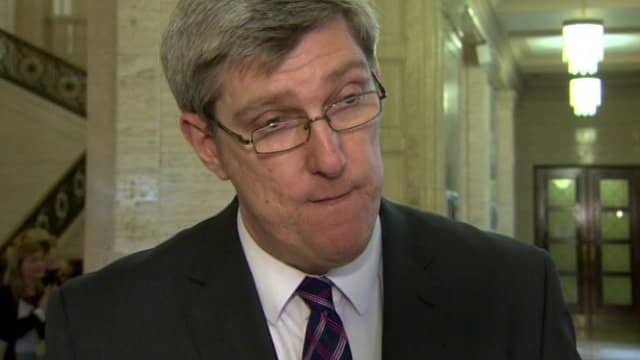 Speaking today at the site, the Minister said: “I am delighted to be here today to officially launch the beginning of construction of new school accommodation for St Teresa’s.

“The school, which was built in the 1960s, was identified as a priority for a new build in June 2012. The new seven-class school will be built on the existing site and will provide much needed and improved accommodation for the children of the area.

“My Department invested £3.9million into this venture which I have no doubt will positively impact on both staff and pupils, in addition to providing a much needed boost to the construction industry.”

In conclusion the Minister acknowledged the hard work and commitment of the pupils, school staff and thanked them for the invite.

He said: “This is the beginning of a new chapter for St Teresa’s Primary School and I have no doubt everyone is looking forward with a sense of excitement. I wish everyone well for the future and look forward to visiting again and seeing the finished product.”