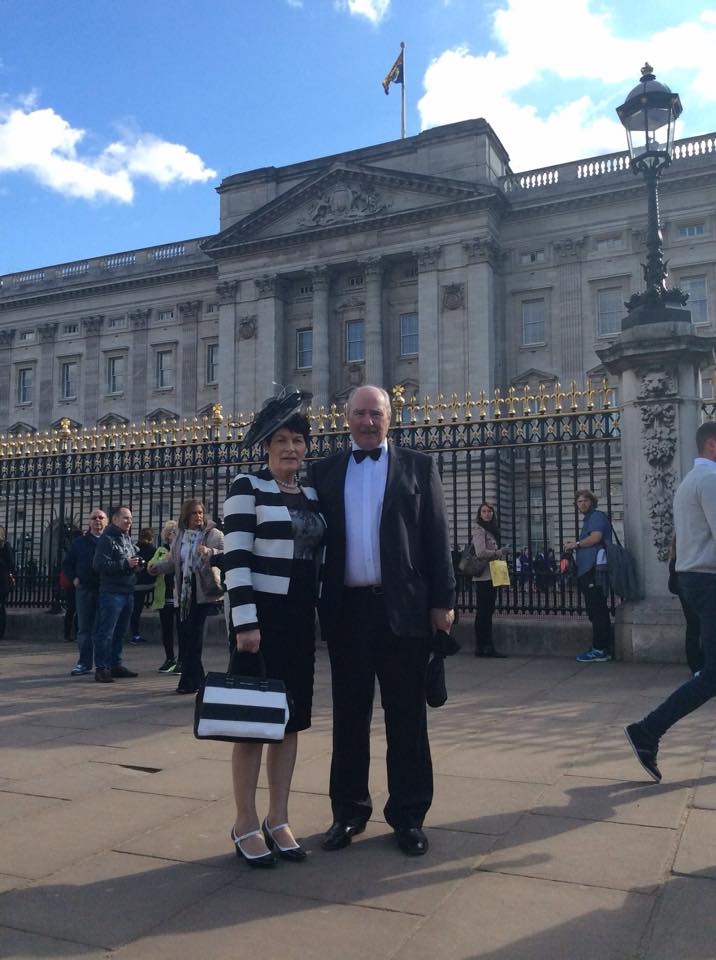 Mervyn and Violet Dougan visited Buckingham Palace to collect the award on behalf of the club.

Minister Storey also paid tribute to all the local recipients, including Care in Crisis and the Newry and Portadown Branch of the Inland Waterways Association of Ireland.

The 2015 Award recognises the outstanding contribution that volunteers make to their local communities. The volunteering activity carried out by this year’s winners range from health and social care to protecting and enhancing urban areas, rivers and the countryside. Minister Storey said: “This has been an exceptional year for volunteering in Northern Ireland with 15 voluntary groups, the highest number ever, receiving an award for voluntary service from Her Majesty the Queen. All of these organisations must be extremely proud that their invaluable work has been recognised at the very highest level.

“The contribution that volunteers make in society cannot be underestimated. Volunteers give freely of their time, putting their local community at the heart of everything they do.

“I would like to offer my warmest congratulations to these organisations, and every other volunteering group, and hope that these awards inspire others to participate in volunteering.”

The Queen’s Award for Voluntary Service (QAVS) is the highest award given to local volunteer groups across the UK to recognise outstanding work done in their own communities. It was created in 2002 to celebrate the anniversary of the Queen’s coronation and is regarded as the MBE equivalent for volunteer groups.

Care in Crisis offers caring, confidential counselling support to all those who could benefit from it.

Newry and Portadown Branch, Inland Waterways Association of Ireland has re-opened the Newry to Portadown canal, encouraging its use for recreation and enhancing its local environment.