Mum Sandy, who said an event is being planned to raise awareness of the condition, opened up to Armagh I about the family's journey, saying: 'When Charlie was 15 months he said one word and he has never said another word since. The lack of therapy is only setting him back even further' 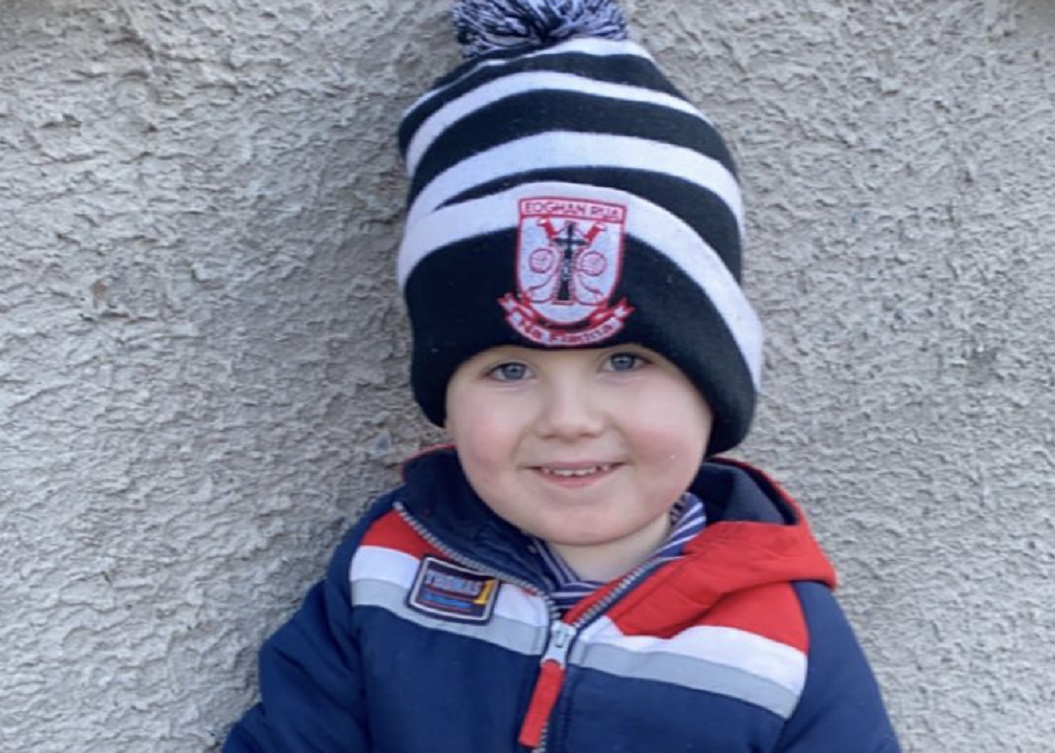 A Co Armagh mother has spoken out about the moment she was informed her son would go blind after being diagnosed with a rare genetic condition.

In December, 2020, Charlie Woods from Middletown was diagnosed with Bardet-Biedl Syndrome, a condition which has a number of symptoms that can go unnoticed or misdiagnosed for a number of years.

The three-year-old is just one in 100,000 babies born in the UK every year with the condition which is as a result of both his mother and father being unknown carriers of a mutated BBS1 gene.

Speaking to Armagh I, his mother Sandy explained that upon Charlie’s birth doctors had not shown any concerns about his health, but she quickly spotted issues with his development.

“I had put it off for a while and then around seven months ago, I took him to the GP and said ‘I have concerns, he can’t roll over, he can’t sit up, he isn’t attempting to crawl, he’s not babbling’.

“Just from experience, he was not doing all the things that my daughter did at that age but I was also then starting to compare him to other children. When he reached one, there were other children at six months doing things he still couldn’t.”

Sandy revealed that much of her comments were brushed off, and she was told that Charlie was too young and that all children learn at their own pace.

“Probably around 15 months was when we first met with a paediatrician. I explained my concerns to him and he agreed that there was obviously a delay of some sort,” she explained.

At that point, Charlie was diagnosed with Global Developmental Delay and routine genetic tests were ordered in order to rule out some conditions.

“That was probably May 2020, so Covid-19 had just sort of struck; genetic testing and everything was just completely stopped by the labs because Covid had taken over,” Sandy explained.

“We were told we’d have to wait three years to have genetic tests because of the backlog with the pandemic.”

The pandemic also hampered young Charlie’s development even further as all physiotherapy was stopped and referral to speech and language therapy never began.

“When Charlie was 15 months he said one word and he has never said another word since. The lack of therapy is only setting him back even further, but two years on the therapy is only just starting to pick up again and he is back to where he began.”

With concerns for Charlie continuing Sandy searched day and night to find private genetic consultants in the Republic of Ireland, which she did at the Crumlin Hospital in Dublin.

Upon seeing Charlie walking into the room, the private consultant, who had worked previously at Great Ormond Street in London, said he believed he knew his condition.

“This was without a genetic test,” Sandy added. “He said he had met children with this condition before but that he was not going to tell us in case he was wrong as it would send us researching on the internet.”

Within six weeks, the family returned to Dublin for the results and were informed that Charlie had Bardet-Biedl Syndrome.

“All I could say was that I had never heard of it, but the one thing that still sticks with me is that after I asked him what this meant, he said ‘it means he is going to go blind’.”

As a dispensing optician this came as a shock for Sandy as this was not something that she was concerned about.

“I remember saying ‘are you sure you have done the right test?’. I see children with eye problems every day and I thought I would know if my child had a problem with his eyes. The symptoms of BBS are so variable but the one certainty is that each child will go blind with the condition.

“I had kind of gone to the appointments with the mental state of the worst thing that he’s gonna tell us is that he will never talk or he will never walk. I thought if he doesn’t talk we can teach him sign language and if he doesn’t walk we can push him in a wheelchair, but I didn’t go into the appointment anticipating those words were going to be said to me at all.”

Alongside loss of vision, Charlie will also have kidney abnormalities, severe intellectual impairment and struggle with obesity.

“We travel to Great Ormond Street in London and in the last six months we’ve been there five times purely because there are no specialists in Northern Ireland.”

“There needs to be more awareness for medical professionals here so that they can help someone like Charlie because if they don’t know they can’t help,” she said.

“Even here I had concerns regarding hearing loss, which is part of Charlie’s condition as well. We went to Craigavon Area Hospital three times and nothing was detected, but the first day we flew to London they said he needed grommets fitted in both ears as he couldn’t hear properly.”

According to Sandy there are around 32 families in Northern Ireland who have children with BBS but misdiagnosis is often common.

“When we went to Dublin, the consultant told us that often kids do not get diagnosed with BBS until they are older. I am talking early teens. For example a child is diagnosed with autism, very poor communication skills and attends a special school.

“He told us that then kidney problems arise for these children, or the child maybe has had poor eyesight all his life but overnight that begins to decline. It is only then that a genetic test reveals that they have BBS.”

She continued: “The problem is with a lot of those kids that are in their early teens before they’re diagnosed, it’s too late because nothing routinely has been done for them for their whole life.

“I think it is very important to try and not only raise awareness amongst people within your local community but with medical professionals and to let them know that there is an event that will be held this year.”

Speaking about what will happen over the coming years for Charlie, Sandy explained: “The first thing that will happen is that he will go night blind, so he will lose all his black and white vision so you’ll never be able to see in the dark.

Charlie will begin attending a special needs nursery school in September with a one-to-one assistant and a visually impaired teacher.

“I remember the day, me and my husband sat down and said he is going to go to a special school and we are happy with that,” she said. “I sat and thought those are words that I never thought I would say.

“It sounds strange, you never expect to say it but I think you get to a point where you know that is what he needs and that is where he is going to be happy. I have fought so that he does not get lost in a mainstream school.”

To make contact to find out more about BBS or to register interest in the event later this year contact leonie.hudson@bbsuk.org.uk