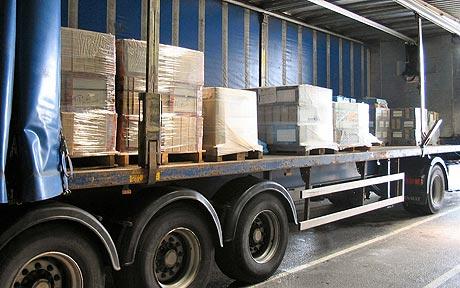 Four men have been charged with attempting to smuggle cannabis into Northern Ireland.

The herbal resin was concealed within pallets of orange juice.

Sold on the streets, it would have had a likely potential value of more than £800,000.

Following a joint NCA and PSNI operation, three men in Camlough, Northern Ireland, and a man in Birmingham were arrested on suspicion of conspiracy to import a controlled drug on Thursday 23rd April.

A 36 year old man of Enniscorthy, Co. Wexford, Ireland, charged with importing a controlled drug and conspiracy to fraudulently import a class B controlled drug.

A 53 year old man of Bridgnorth, Shropshire, charged with conspiracy to fraudulently import a class B controlled drug.

All four have been remanded to appear at Newry Magistrates Court this morning (Saturday 25 April).

The cannabis was originally valued at £400,000 but a more detailed examination of the haul and its weight has led to a new estimated value of over £800,000.

*Pictured used for illustration purposes only