Meetings due on Middletown needs 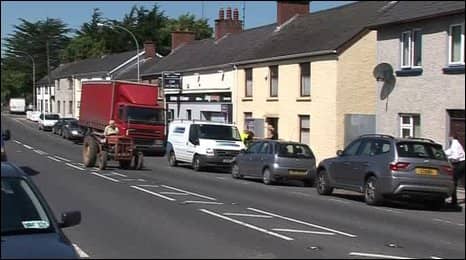 A SERIES of meetings will take place this week in a bid to address the need for traffic calming measures and public toilet provision in Middletown.

Sinn Fein Councillor Mary Doyle said she had been contacted by many residents of Middletown, all stressing the need for toilets in the village.

“Middletown has a large volume of traffic passing through it daily,” she explained. “And there are just simply no toilet facilities for people passing through the village, who may have travelled a long distance.

“In response to these concerns, I have requested at a number of council meetings that council officials identify an appropriate place in Middletown where new toilets can be positioned. Officials have been actively pursuing my request, and I have met with the chief executive and a director of Armagh Council to discuss how we can move this project forward.

“There are a few possibilities that the council will now explore and I will be meeting senior council officials this week in Middletown to progress the issue.”

On the issue of traffic calming measures, Councillor Doyle said she had already met Regional Development Minister Danny Kennedy on site last August, and Roads Service has since been investigating possible solutions to the ongoing problem of speed in Middletown.

She added: “A meeting will take place this week with Roads Service, Crossmore councillors, the PSNI and some members of the community, whereby these will be discussed with the possibility of a plan to address the problem.

“I would like to thank Roads Service for their work so far on this very significant issue and I will continue to strive for a positive solution to help the people of the Middletown area and road users to be safe.”