Martina to share why she became a nun at Armagh event 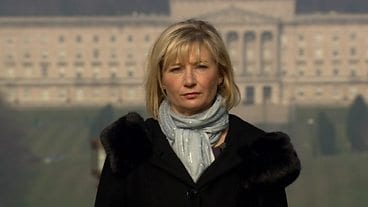 Former BBC political correspondent Martina Purdy will be coming to Armagh later this month to tell why she turned her back on journalism to become a nun.

Martina, who had been a working journalist for 25 years, 15 of them at the BBC, announced last October she was leaving to concentrate on “new challenges”.

She tweeted to more than 11,000 followers: “I know many people will not understand this decision. It is a decision that I have not come to lightly, but it is one that I make with love and great joy. I ask for prayers as I embark on this path with all humility, faith and trust.”

Martina will be at the Synod Hall in Armagh on Thursday, April 23, where she will give her testimony, as part of an event hosted by the Armagh Diocesan Vocations Team.

It is being planned to give people the chance to hear testimonies of vocational calls and is under the title: “Great people, great stories, come and listen!”.

Martina left journalism to become a postulant with the Sisters of Adoration in Belfast and will speak of her decision and calling.

She will share the platform that evening with Brother Ronan Lennon, of the St John of God Brothers.

A second evening is planned for Wednesday, April 29 in The Parochial Centre at Fairhill Road in Cookstown, where one of the guest speakers will be Deacon Kevin Duffy, a married father-of-two who was ordained a permanent deacon for the Armagh Archdiocese last year.

He will be joined by Sister Fiona Galligan, who works as a chaplain in Craigavon Area Hospital and for the St John of God Hospice in Newry.

Both events, which begin at 8pm, will include music and prayer alongside the testimonies, and will be followed by refreshments and the chance to ask questions.