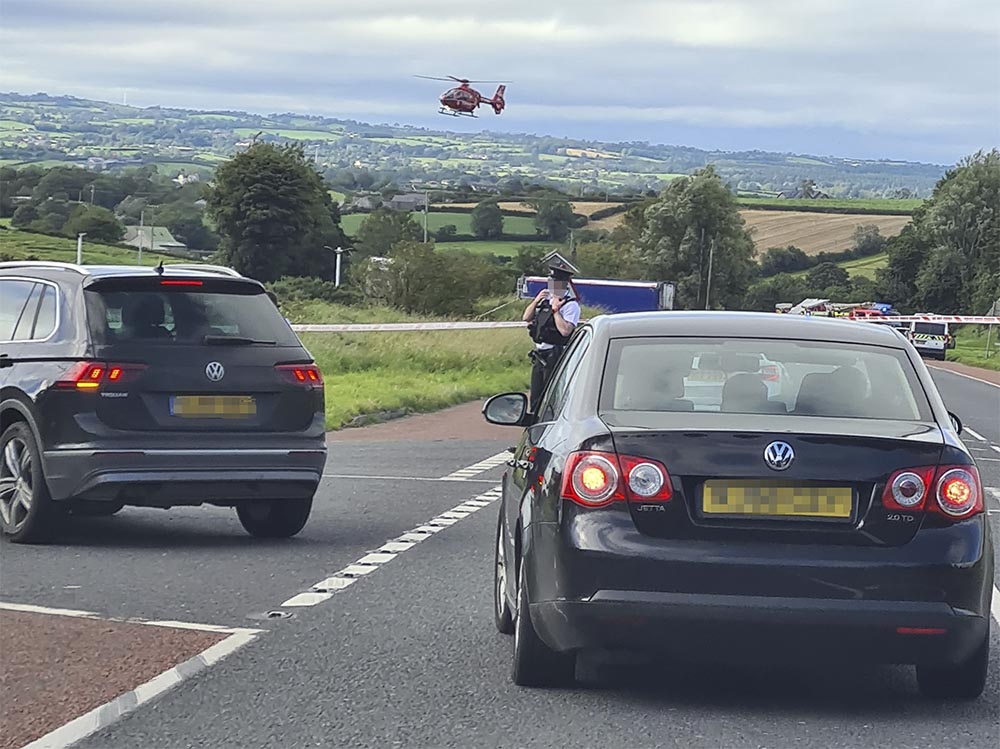 A woman and young child are in a critical condition in hospital following a serious multi-vehicle collision outside Markethill on Tuesday afternoon.

The crash occurred on the Gosford Road, near Loughgilly, just after 3pm.

The Air Ambulance assisted emergency crews on the ground.

The road had been closed for a number of hours as crash team investigators dealt with the incident.

A 39-year-old woman and a young child were rushed to hospital where their conditions are being described as critical but stable.

Four others were also taken to hospital, where they remain.