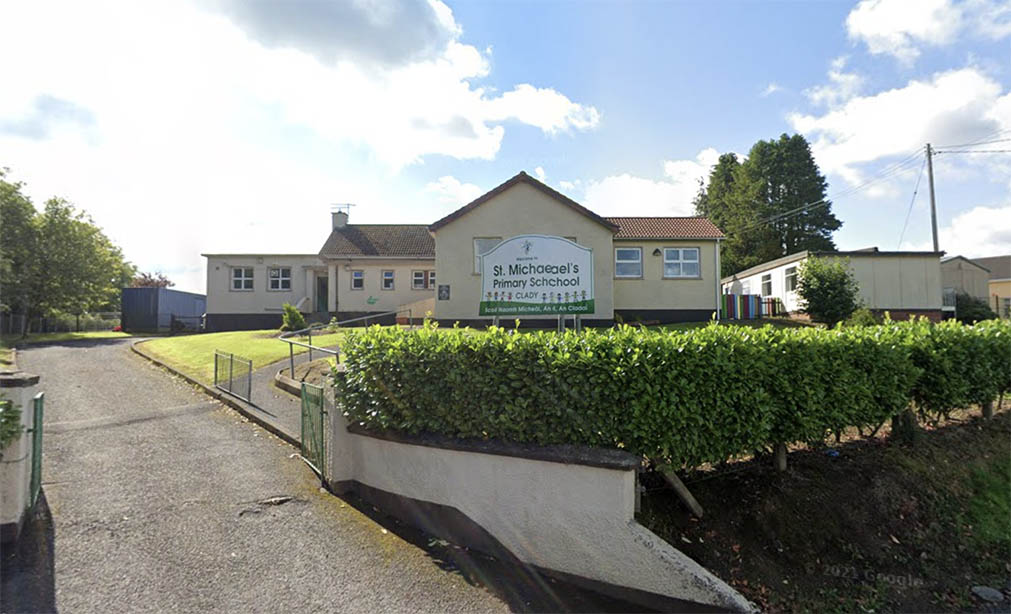 A rural Co Armagh primary school once threatened with closure could shortly see new classroom provision being constructed instead.

St Michael’s Primary School, at Cladymore Road, Clady, had been earmarked for closure back in 2012.

But the recommendation was not being taken lying down. So began a concerted campaign by the school and the local community to save St Michael’s Primary.

It was to be a successful mission and just a few years later it was confirmed the school would remain.

Now, since that worrying and uncertain time, the local school has continued to enjoy the support of the local community.

And it would appear that now, rather than view closure on the horizon, investment is the name of the game!

For with the Education Authority as agent, the school trustees have submitted proposals to Armagh City, Banbridge and Craigavon Borough Council for consideration.

It is intended to remove an existing mobile classroom from the school site. And replacing it would be new modern and permanent teaching facilities in the form of a pre-fabricated building, which would also include toilet provision, stores, lobby and ancillary accommodation.

There would also be a car parking lay-by constructed too to accommodate four vehicles.

The proposals are now due to be publicly advertised next week and a decision is expected early in the New Year.