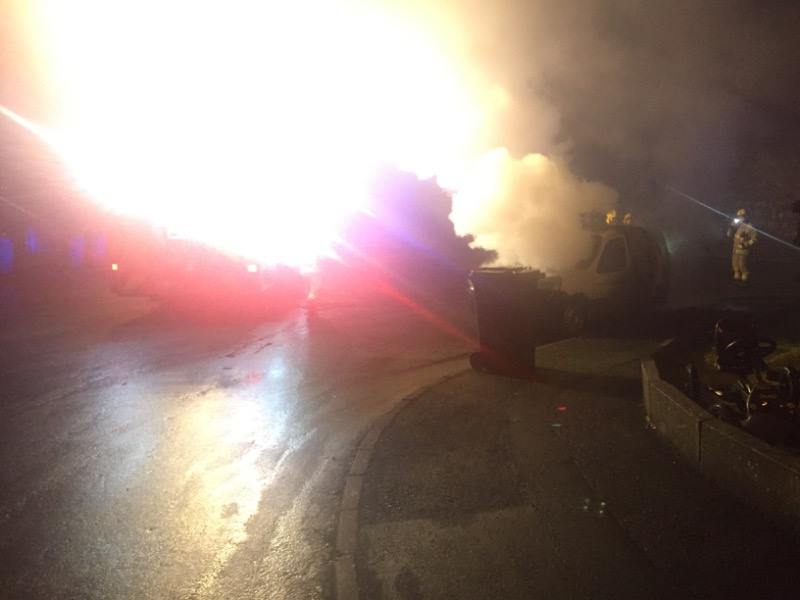 A van has been torched during an overnight arson attack in Markethill.

The PSNI in Armagh attended the scene along with personnel from the Northern Ireland Fire and Rescue Service.

The vehicle – a white van – was destroyed after being set on fire in a residential area shortly after 3am today (Wednesday). The PSNI says it believes it was a “deliberate act”.

Police have appealed to anyone with information to come forward.

Anyone who saw or heard anything is asked to contact police in Armagh using the non-emergency number and quoting reference 97 of 16/12/15.

The incident comes about just hours after police in Armagh visited the town to speak to local residents and businesses after a spate of recent burglaries in the area.

Police also promoted the potential for Neighbourhood Watch in the area and discussed setting up a few new schemes in the area.