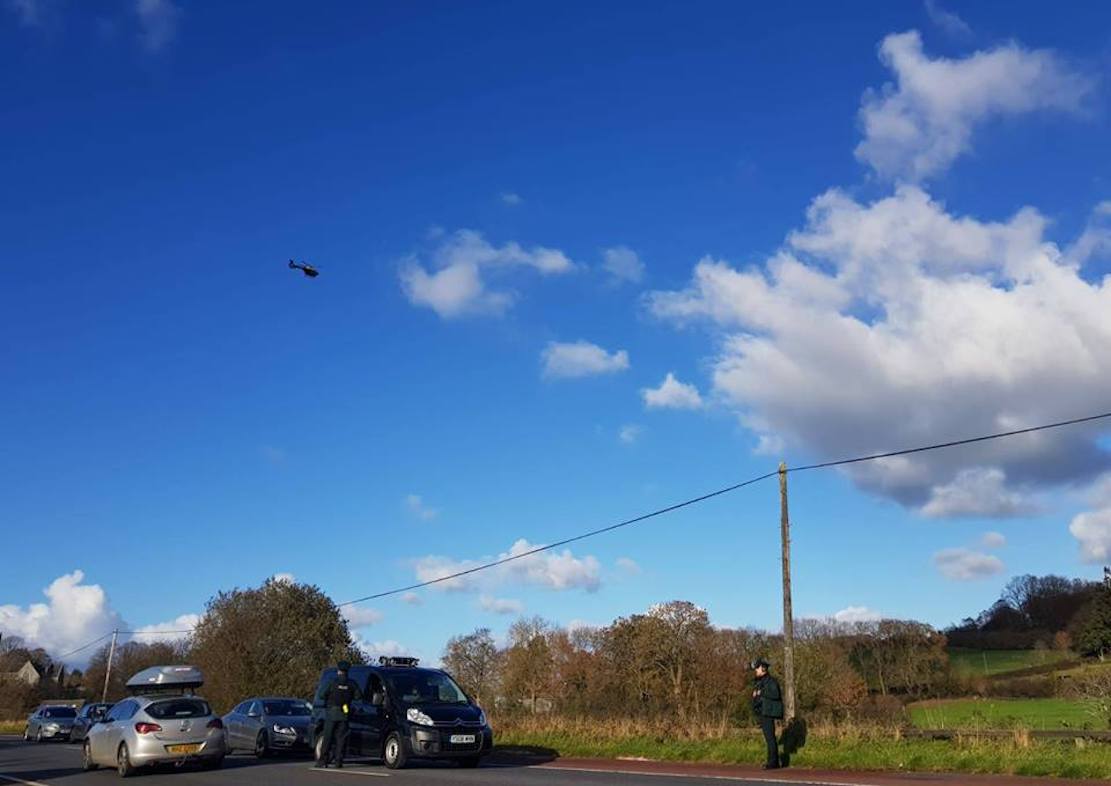 Police were forced to call in air support as burglars targeted Markethill for a second weekend in a row.

Despite a visible presence in the Co Armagh town, thieves in a car encountered a PSNI checkpoint, forcing them to flee on foot.

“The chase was on, until he crashed on a country road in Markethill,” explained a PSNI spokesperson.

“Despite the best efforts of our dogs, chopper and boots on the ground he got away.

“If you saw anyone being picked up around that time in the Lower Lisdrumchor Road area, let us know. Short of burrowing out, that was his only escape.”

Following the incidents, police were able to track their movements to see how they stole a vehicle in Dublin on the Friday, came north over the border, burgled the properties in Markethill and Keady, before moving back towards the border in two stolen vehicles – one of which was abandoned near Dundalk.

“This weekend, we wanted to get ahead of them,” said the PSNI spokesperson.

“We’re under no illusion: we cannot be everywhere at once, however proactive operations like this, where the South Area Burglary Team, local policing teams, the dog section and our eye in the sky, the air support unit, help to prevent, detect and deter such activity.

“Today we were out in force across the south of our district carrying out high visibility patrols and check points.

“It was disappointing to see some terrorist supporting commentary talking of “harassment”, and shows the lengths these people will go to distance themselves from community sentiment.

“It was also disappointing to see several people posting to “traffic watch” pages advertising our location and thus giving the upper hand to criminals.

“Rest assured, it doesn’t matter what these groups say. We will never be deterred from keeping you safe.

“We will continue to carry out such proactive operations but as always, it comes back to this: you are our eyes and ears.

“In the same way as we keep our eyes open both on and off duty, you should be doing the same. Report ANY suspicious activity immediately. Doing so provides the greatest chance of preventing crime.”