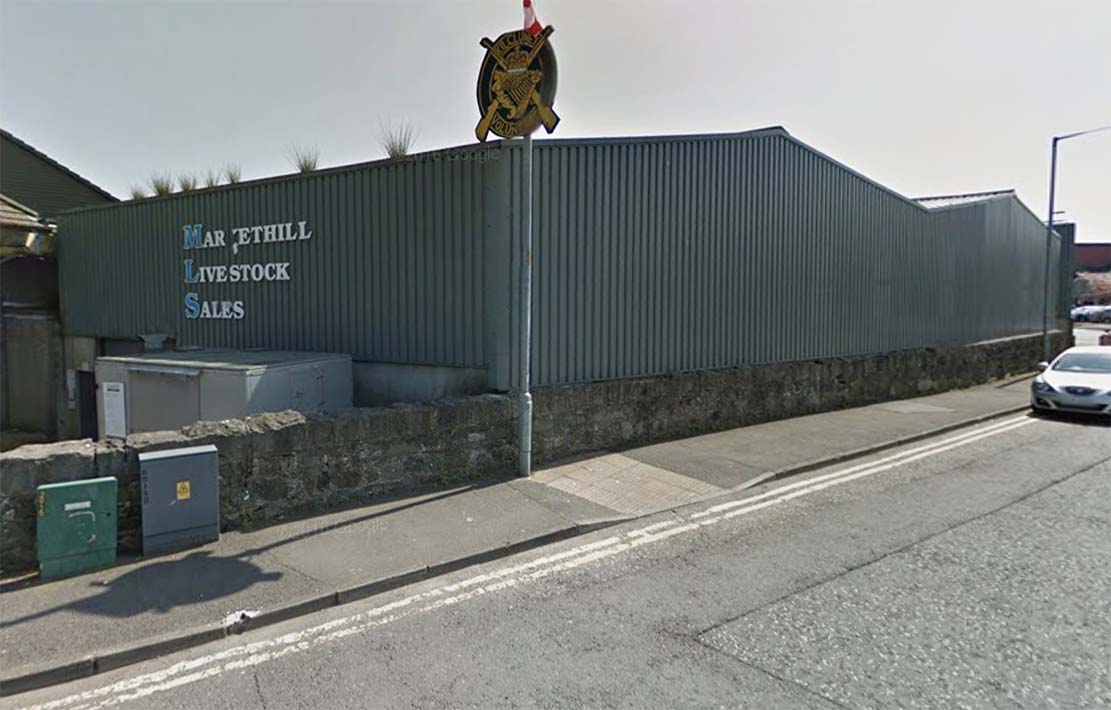 Plans to convert the former police station and mart in Markethill into a retail and commercial development have hit a major snag at the first hurdle.

An application for outline planning approval has been recommended for refusal, Armagh I can reveal.

The applicant, RHAS Properties, submitted proposals to Armagh City, Banbridge and Craigavon Borough Council for consideration back in October 2019.

The site is located on the Mowhan Road in the town and is described as a former mart and police station.

The applicant hopes to construct a multi-element scheme on the site, at a cost estimated by Construction Information Services, in the region of £2 million.

As Armagh I reported in October 2019, the outline ambitions are to transform the now derelict site into an all-encompassing retail/commercial space, with a café on the main Mowhan Road – opposite the JD Hunter supermarket.

The livestock mart has been vacant since October 2013 and the old police station is currently being used as a temporary car park.

In 2011, the police station went on the market for £200,000 before the Markethill Livestock Mart moved to Cladymilltown Road in 2013, replacing both the old town centre mart and the former Newtownhamilton Livestock Mart. The application for outline approval has been considered by planning officials.

And they, when the planning committee sits next Wednesday, will recommend outline approval is rejected at this stage.

Their reasoning centres around drainage and flood risk assessments.

It will be up to councillors whether or not to accept the opinion of planning officials on Wednesday.

The applicant will also have the right to appeal if that is the case.