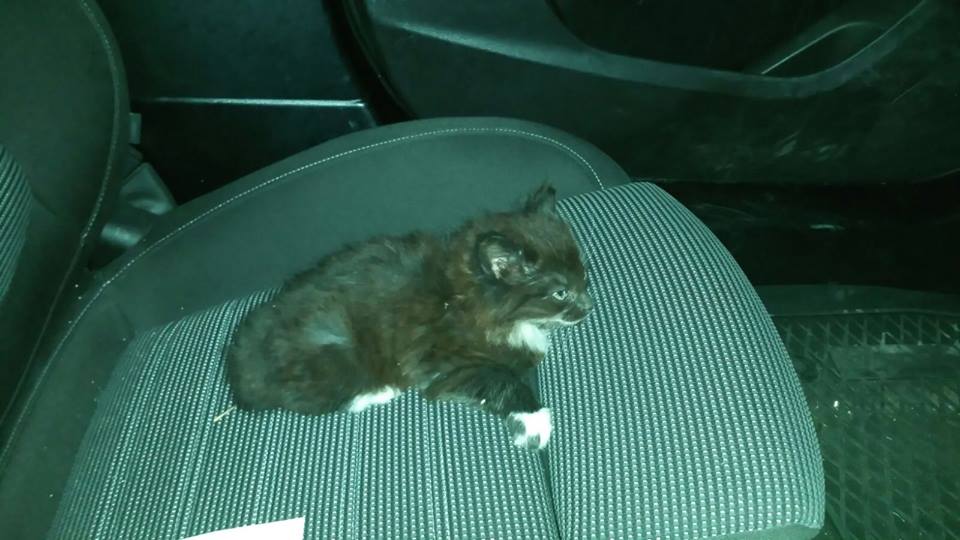 Police have put on show a picture of a terrified and injured kitten which was thrown like rubbish from the window of a moving car.

And they have appealed to the public to try and catch the thug who did it.

A second kitten is also missing.

The incident happened after 10pm on Thursday night in the Mowhan Road area of Markethill.

Police received a report that someone had “thrown an object” from the car.

Two objects in fact, the objects being kittens, one of which was injured but recovered and the second remains missing.

Officers had the kitten treated by a vet for its injuries.

Police in Armagh posted details via Facebook, saying: “This is a picture of the kitten we managed to locate nearby as it had broken its shoulder when thrown from the car, the other one we have as yet been unable to locate.

“If you have any information regarding this incident please contact us on 101 quoting ref 1429 on 2nd June 16.

“If anyone happens to come across a kitten in the area that they think doesn’t belong there please contact us and help us reunite it with its sibling.”