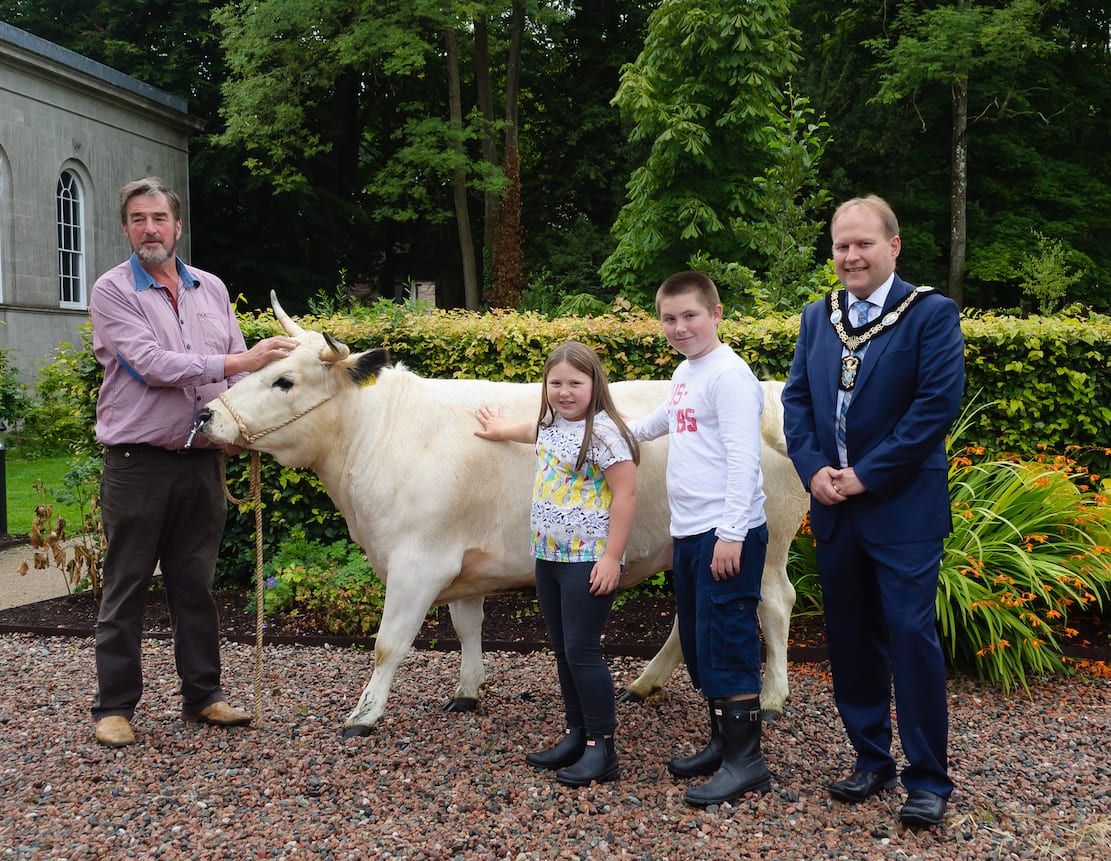 The event will be held on Saturday, September 2 from 9am-4pm in Gosford Forest Park.

This event, which is organised by the Rare Breed Survival Trust (RBST) Northern Ireland Support Group monitors rare and native breeds of farm livestock with a view to ensuring the prevention of their future extinction, in fact, it is the only sale of its kind in Northern Ireland including sheep, cattle and poultry.

Lord Mayor Wilson commented: “Having attended this event for the past few years, I can really recommend it as a great day out for all ages, so please come along to Gosford Forest Park on Saturday 2nd September and show your support.”

The event will include trade and craft displays, spinning and felting displays, crook making and donkey displays.

Classes of rare cattle, sheep, pigs, goats, horses and poultry will also be on display.

Working in conjunction with branches across the UK and Ireland, the RBST collects the number of rare breeds on farms and this data is combined to estimate the total number of breeding females of each species.

From this data, the RBST is able to produce an annual watch-list, which lists the names of all endangered breeds of livestock.

Threatened genetics and bloodlines are also saved in an RBST gene bank. The organisation collects genetics from animals which then can act as an insurance policy. If a breed were to become extinct, RBST can use this store to revive it.