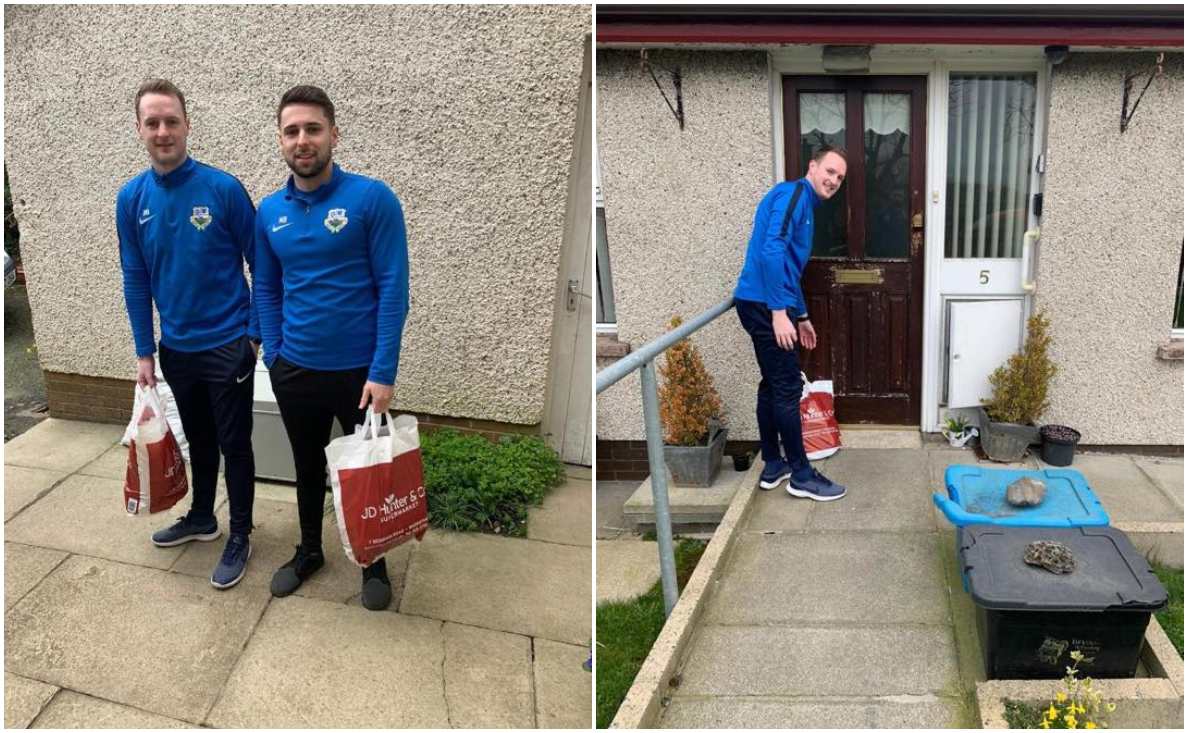 A Co. Armagh football club are playing their part in helping the most vulnerable in the community during the Covid-19 crisis.

There were tears from some on Saturday, as Markethill Swifts FC delivered 45 bags of groceries, paid for by members of the club and locals – and this is only the start.

“It was originally suggested by someone in the Whatsapp group and the club came up with an amount of money, then some of the committee members chipped in,” he explained.

In the end the grand total came to around £440 donated between the club and the community, which made up 45 parcels for delivering.

Stephen added: “We chatted amongst ourselves as to who we thought would be vulnerable in the town, so we went out last Saturday; I delivered to four or five, and one woman asked how much do I owe you – she couldn’t believe it we were doing it for nothing.

“Then there was another couple, who ended up crying because they hadn’t seen anyone all week.”

The club have since applied for two Covid-19 grants which, if they receive, could lead to two or even three further rounds of deliveries.

“This is only the start of it really,” Stephen continued. “I would say we are probably a wee bit early to be doing it but if people know you are there and just to let them know we are here to help if they need anything.

“It can sort of put them at ease, not much but a bit, because these are the ones who are most vulnerable in this”.