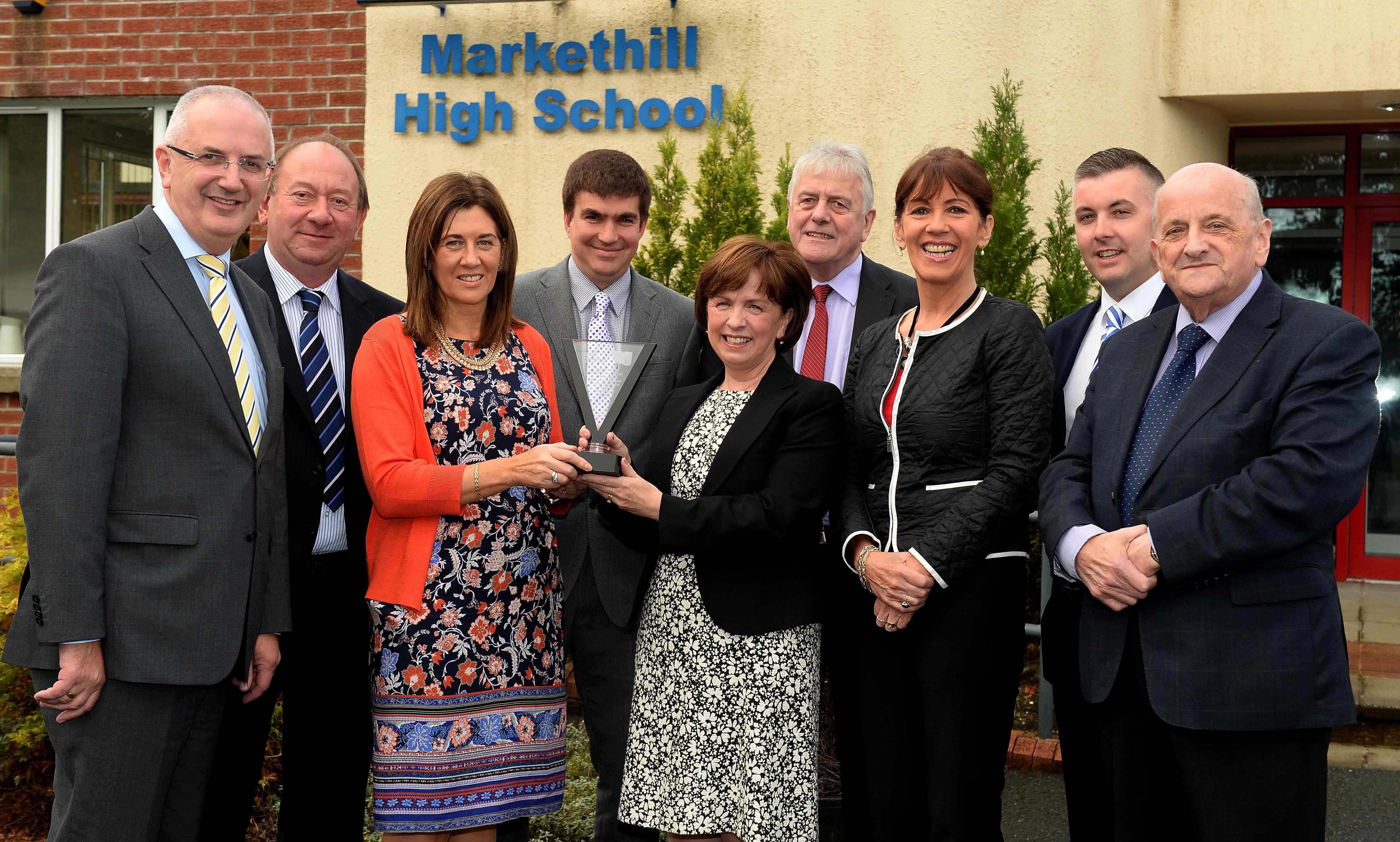 Markethill High School has been presented with a prestigious award during its European Day of Languages celebrations attracting an audience of pupils, teachers, governors and special guests.

The school, which in 2012 was named the British Academy Best School in Northern Ireland for Modern Languages, has now won the British Council Full International Award.

This award is given to a small number of schools which demonstrate outstanding achievements over a number of years in the development of an international curriculum. He said: “In 2012, Markethill High School was shortlisted to the top three schools in the UK for languages following a visit by an international adjudicating panel.

“We knew, on the back of that tremendous achievement, that our international credentials were strong, but, it was fair to say we were daunted when we looked at the stringent criteria for the International School Award.

“Following great encouragement from a number of sources, in particular the European Studies Team, we decided to enter for the Interim Award. When we achieved interim status in 2013-2014, and received great feedback, it gave us the confidence to push for the Full Award status – a status only granted to the best of the best of schools in terms of international education.”

Mr Maxwell said this began a process of information gathering, new initiatives and projects, the deepening of existing international links and the development of a creative and ambitious framework for embedding international education within our curriculum at all stages.

This included school trips abroad, hosting visits from African choirs, European Studies projects, e-twinning links with other schools, a teacher visit to Kenya, the development of international activities in all subject areas as evidenced in schemes of work, international-themed assemblies and canteen days.

Commenting on the school’s performance, the assessors said: “This is an outstanding action plan and a credit to your school. Markethill High School has clearly demonstrated its continued commitment to embedding internationalism into the curriculum during the years it has been involved in the International School Award.

“The school has also shown the importance it attaches to foreign language learning by your students. This is done notably through the medium of the European Studies Programme and international partners.

“The collaborative work Markethill has conducted with partner schools is very imaginative and your relationship with them is very well-established and your achievements speak for themselves.”

Attending the ceremony of celebration was Mrs Diane Dodds MEP who presented a plaque to the Head of Modern languages and International school Co-ordinator, Mrs Clare Henry.

Mr Maxwell said: “As a school we are honoured to have received this award and I want to offer my thanks to everyone involved. We look forward to the event for the school at The Guildhall in Londonderry later this month. This is a tremendous feat and we are delighted with this achievement.”