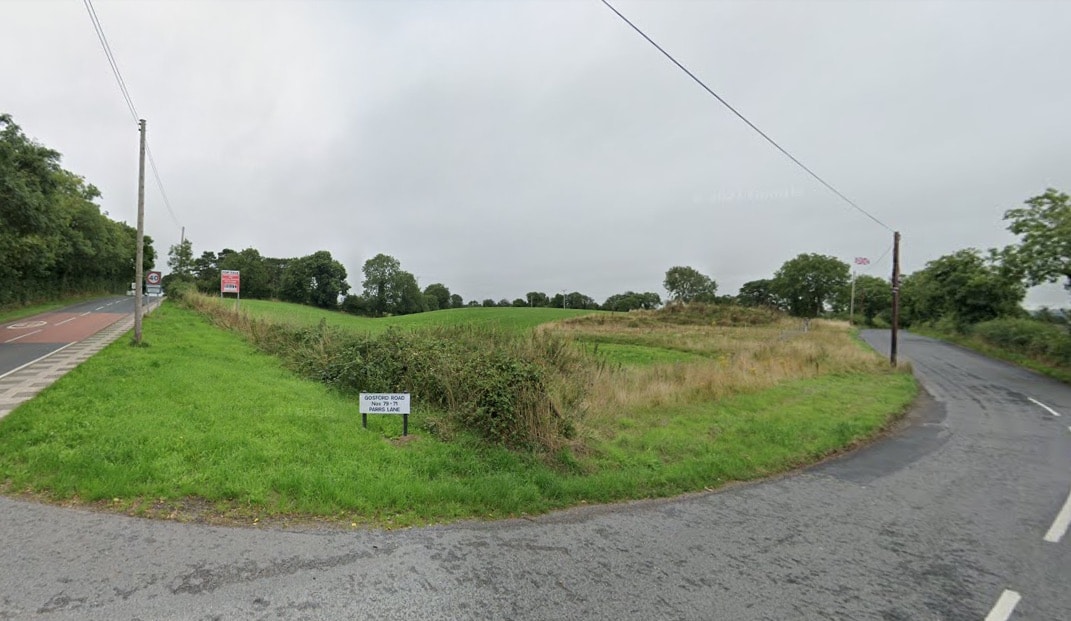 Plans have been drawn up for a major housing development in Markethill.

An application has been lodged with Armagh City, Banbridge and Craigavon Borough Council by Glenview Developments Ltd, which is based at the Hamiltonsbawn Road Industrial Estate in Armagh.

The earmarked site is “90 metres north west of 71 Mowhan Road”.

And the development would also have access on to Gosford Road.

In all, it has been proposed that 34 new properties – a mix of housing types – would be built.

All of the properties, if approved, would boast detached garages. There would also be associated siteworks to a foul waste water pumping station.

The site has previously been in line for development.

In the planning application to ABC Council, it is described presently as a “partially constructed building site”.