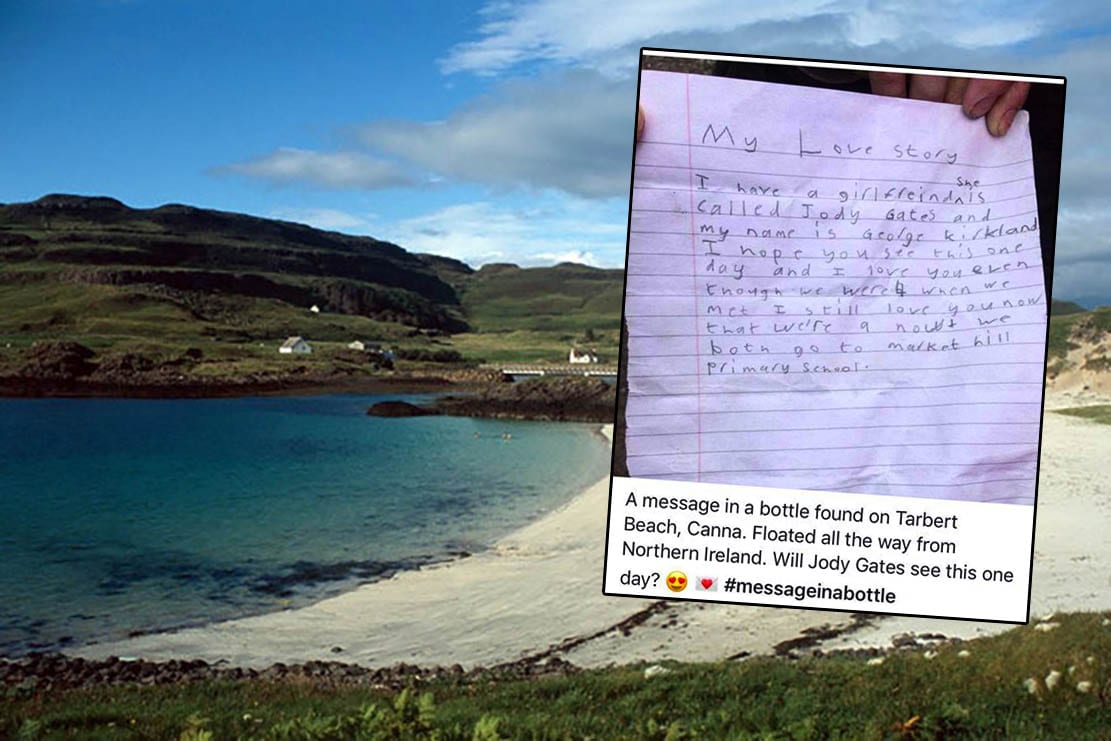 A love letter written by a Markethill schoolboy has washed up in Scotland – almost 10 years after it was composed.

The love letter, quilled by a young George Kirkland, and put into a bottle and set out to sea (presumably) almost 10 years ago, has washed up on Canna – a small island off the north west coast of Scotland.

George’s (who wasn’t too much older than four at the time) bottle travelled the 400km over the years and remained intact until it was picked up by a resident of the small island on Sunday morning.

Sharing the photo on their community Facebook page that afternoon, the Isle of Canna – Community, posted: “A message in a bottle found on Tarbert Beach, Canna. Floated all the way from Northern Ireland. Will Jody Gates see this one day? #messageinabottle #isleofcanna #markethill #markethillprimary #northernireland #love.”

The letter itself reads: “My love story. I have a girlfriend she is called Jody Gates and my name is Goerge Kirkland. I hope you see this one day and I love you even though we were 4 when we met I still love you now…we both go to Markethill Primary School.”

Posting on their own Facebook Page, Markethill Primary School responded: “How amazing is this! 9/10 years later George’s message in a bottle has been found in Scotland and has brought a smile to everyone’s face!

“This would be quite a story for the wedding speech!!!”

Is this a love story for the ages?